Citrix is planning to restructure in the fourth quarter to focus on growth businesses, shore up channel programs and become more efficient to boost profit margins.

Interim CEO Robert Calderoni said in a shareholder letter that the company would announce a "margin improvement program and related restructuring charges" in the fourth quarter. On a conference call, Calderoni elaborated a bit but noted that it was too early to discuss details given he needs to review the business more.

Calderoni outlined the following moving parts with Citrix. He said Citrix has strong assets and a solid foundation with leadership in virtual desktop infrastructure and desktop-as-a-service as well as cloud tools such as Workspace, which has thrived amid hybrid work models.

However, he said there were "some missteps along the way" with Citrix's go-to-market efforts and its forecasting. Citrix's restructuring and retooling will focus on the following, according to Calderoni.

The magnitude of the restructuring remains to be seen and Calderoni said that Citrix's strategy is intact, but there are a lot of "fixable operational things."

While most of the earnings conference call revolved around restructuring, Citrix did post a strong third quarter. Citrix reported third-quarter revenue, including the recent acquisition of Wrike, of $778 million with earnings of 41 cents a share and non-GAAP earnings of $1.20.

Wall Street was looking for third-quarter non-GAAP earnings of 89 cents a share on revenue of $772.8 million.

Citrix said it made good progress transitioning customers to a cloud model with third-quarter SaaS annual recurring revenue approaching $1 billion. However, only 15% of Citrix's current customers have transitioned to cloud contracts. The company said it had 12.2 million paid cloud subscribers in the third quarter.

By product line, Citrix Workspace had third-quarter revenue of $600 million, up 5% from a year ago. App delivery and security revenue was $155 million, down 7%. 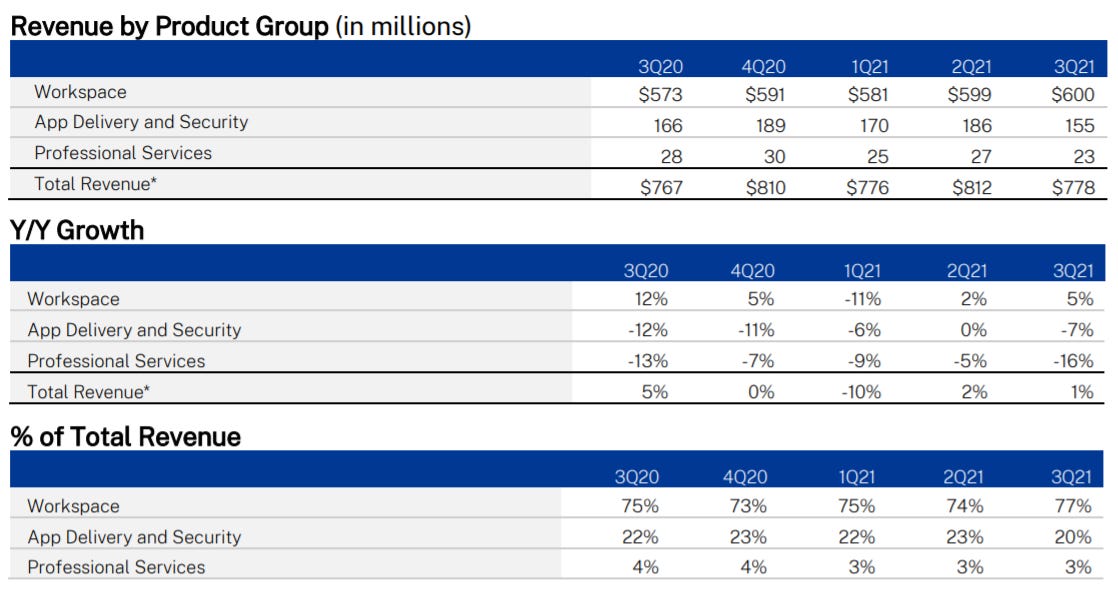