The latest Hillary Clinton kerfuffle raises a big issue that revolves around digital copies, search and seizure and separating personal data in an investigation.

The 4th Amendment of the US Constitution:

The right of the people to be secure in their persons, houses, papers, and effects, against unreasonable searches and seizures, shall not be violated, and no Warrants shall issue, but upon probable cause, supported by Oath or affirmation, and particularly describing the place to be searched, and the persons or things to be seized. 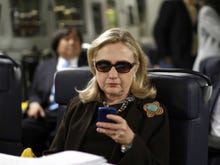 Six things you need to know.

What constitutes a reasonable search and seizure is a major topic of Constitutional law. Which gets us to the latest installment of Secretary Clinton's email saga.

The emails came from a notebook used by Anthony Weiner, estranged husband of one of Secretary Clinton's top aides. The Feds had a warrant to look at Mr. Weiner's emails as part of an investigation into his contact with a minor female.

In executing the warrant - which specified Mr. Weiner's documents and emails - the FBI made a digital copy of all the notebook's storage, not just Weiner's. After rummaging through that data investigators realized that there were emails from the Clinton server.

It was after discussing this with FBI Director James Comey that agents requested and received a warrant to search the emails from the Clinton server, a nice bit of legal t-crossing and i-dotting that ignores the basic question: Was the original digital copy of all the notebook storage a reasonable search and seizure?

Congress writes Federal law, but the meaning of those laws is decided by the Judicial branch. In the case of digital data storage, courts are hampered by a lack of tech savvy.

A recent case, US v Ganias, highlights the issue. Agents, with a warrant, made digital copies of an accountant's three drives for evidence of a client's crimes. The accountant's personal data was segregated from the client's, but not deleted. Several years later, citing "independent probable cause" agents got a second warrant to search the accountant's data, found evidence of a crime, and got a conviction.

The accountant appealed, arguing that retaining his data for more than two years was an unreasonable search violating the 4th Amendment. A three judge panel agreed, but then the entire 2nd Circuit court reviewed that decision and decided differently. The accountant's conviction stands.

The 2nd Circuit opinion seems based on the idea that digital storage copies are all or nothing. But that's not true. Agents could have searched the Ganias drives for all emails and files relating to the clients named in the warrant and left personal data alone.

The Court's decision in Ganias is the digital equivalent of getting a warrant for stolen trade secrets, and then taking all your furniture and your home office. That's clearly not reasonable.

Thus the concept of "selective seizure." Instead of mirroring drives, just take what the warrant names and leave the rest.

Which gets us to Secretary Clinton. Leaving aside Director Comey's unprecedented announcement days before a hotly contested election, the only reason the FBI had access to the emails was because of "unselective" seizure.

What this means to you is that unless the 4th Amendment is respected more than it was in Ganias, every time your digital devices are searched, cops could come back years later with "independent probable cause" - derived how? - and use the data they originally had no reason to possess.

The final irony in this case is that while Secretary Clinton is accused of hiding evidence, we know for a fact that Mr. Trump's companies have a long history of destroying documents in violation of court orders.

Courteous comments welcome, of course. Be sure to vote! 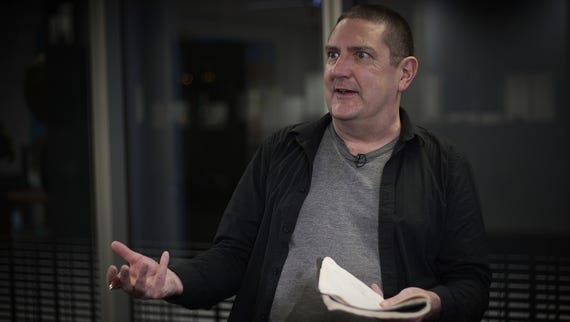