​Cloud computing: Don't forget these factors when you make the move 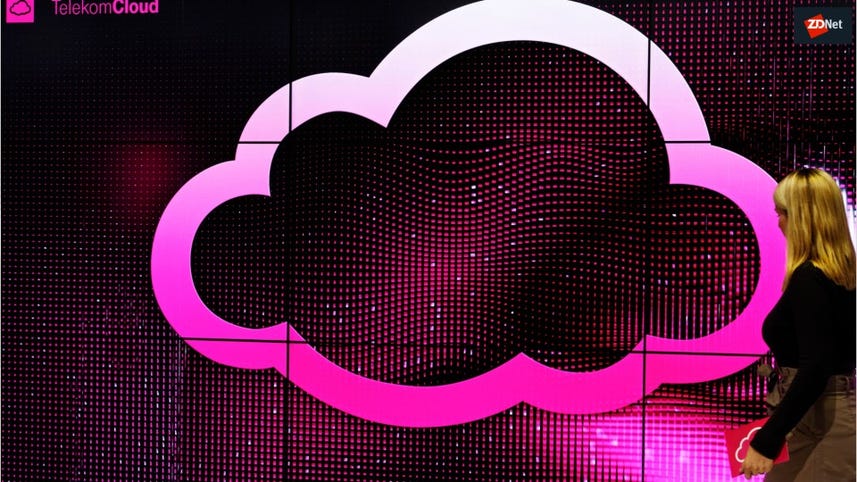 Use of cloud computing is increasingly a business-as-normal activity, and C-suite executives across all sectors have a broad range of experiences around how the cloud can be used to support digital transformation. Here, three executives who presented at the recent Cloud Expo Europe conference event in London explain how to keep these projects running smoothly -- and staff happy.

Plan for change to keep disruption to a minimum

"People do not like change being imposed on them," he says. "They don't want to do things differently to create a benefit they can't see. People want to know how it will benefit them and how it will improve their working lives. If you're going digital, you must consider the impact on your people, both in terms of consumers and staff."

When it comes to planning, O'Brien says CIOs must work hard to ensure change is thought through in a series of stages. "Plan everything over a period," he says. "Look at the rate of change at which can you release benefits to the rest of the business."

O'Brien refers to the RSC's move to Microsoft Office 365 a few years ago. The organisation was going through an office move at the time and used the transition to embrace cloud-based productivity services. "We decided to go off-premise completely, rather than try and resurrect a couple of old Exchange servers," he says.

The RSC IT team, says O'Brien, were careful to ensure a smooth transition from one platform to another, particularly in terms of user interface. While the underlying technology changed, employees were unaware that any switch had taken place.

"We minimised the disruption at the time but, afterwards, people were able to benefit from new features, like secure collaboration," he says. "Office 365 provided a platform for us to embrace a new way of working. But we did it in a very sensitive manner that considered the potential change for our users."

Mark Clarke, cloud infrastructure lead at the Royal Opera House, says companies looking to transform digitally and take advantage of technologies like the cloud computing face a tension between developers and line-of-business managers. While developers want to move quickly, managers can be concerned by the rapid rate of change.

Clarke advises other IT leaders to invest in management training, so internal business leaders can keep pace with developers. "When you have a lag between management and developers, you're creating a business risk," he says. "Make sure your management team are adopting the same sort of processes as your developers."

If your developers are using an Agile development framework, says Clarke, then you also want your managers to think in a similarly Agile way. These tight relationships at a business level can create big rewards. However, Clarke says technology leaders should at the same time ensure separation in the IT department between infrastructure and development teams.

Clarke advises IT leaders to focus on governance wherever possible. He recommends creating a cloud centre of excellence, where different groups in the organisation get together, so everyone understands each other's concerns and can help the business avoid any issues that might become embarrassing in the future.

"Governance is boring but essential for IT-enabled change," he says. "If there's little governance baked into your management structure, bad things can happen that you're unaware of until it's too late. Wherever you can, bake governance in and automate it. Have as many engaged actors from across the business to give you alternative points of view."

Kurt Seidensticker, chief executive and founder of Vital Proteins, started his company four years ago. The company, which specialises in protein-based products for health and fitness, has grown quickly and Seidensticker says the cloud has played a key facilitating role in business expansion.

Seidensticker recognises his business had the advantage of operating from a greenfield site. However, the firm was also concerned that it lacked mature enterprise resource planning (ERP) systems. After several months of product evaluation, Seidensticker and his business colleagues chose to use SAP's cloud-based ERP services.

"When you go to the cloud, you need a responsive interface," he says. "We work in manufacturing and distribution, and auditing and responsiveness are important. We can use the system to set up our own modular workflows and support the organisation across various areas, such as customer services, ecommerce and web-based chat."

Seidensticker says scalability remains one of the big benefits of the cloud. Vital Proteins continues to expand and is opening an office in the Netherlands, with plans to move into Asia soon. The firm is also building a new manufacturing plant that will open this May.

The cloud gives fast-growing businesses, a platform for global growth without being hamstrung by traditional IT infrastructure concerns. Seidensticker advises other business leaders to focus on buy-in and integration as they exploit on-demand IT. "You need to have a top-level cloud strategy and the whole organisation must buy into it," he says.

"You also need to focus on integration -- we have many systems, locations and people. The ability to integrate all our services into the platform is critical, especially as we continue to grow and scale. The cloud means people can plug into our key operational services from any location on day one. That's a big advantage for any business."

GDPR and the cloud: How to manage suppliers in a changing world

Regulation and technology changes are making life even more complicated.

How to choose your cloud provider: AWS, Google or Microsoft?

Cloud computing: How to make the move without losing control

Here are some best-practice tips for CIOs considering moving to the cloud.

CIO Jury: 75% of tech leaders plan to move more systems to the cloud in 2018 (TechRepublic)

Tech leaders are increasingly turning to the cloud for cost savings and convenience, but barriers including security and reliability remain.

Developer
The 5 best Peloton alternatives of 2022