​Cloud computing is eating the world: Should we be worried?

The cloud has many benefits, but we must be clear-eyed about the downsides as well. Here are a few things to consider.
Written by Steve Ranger, Editorial director, ZDNet on March 5, 2018 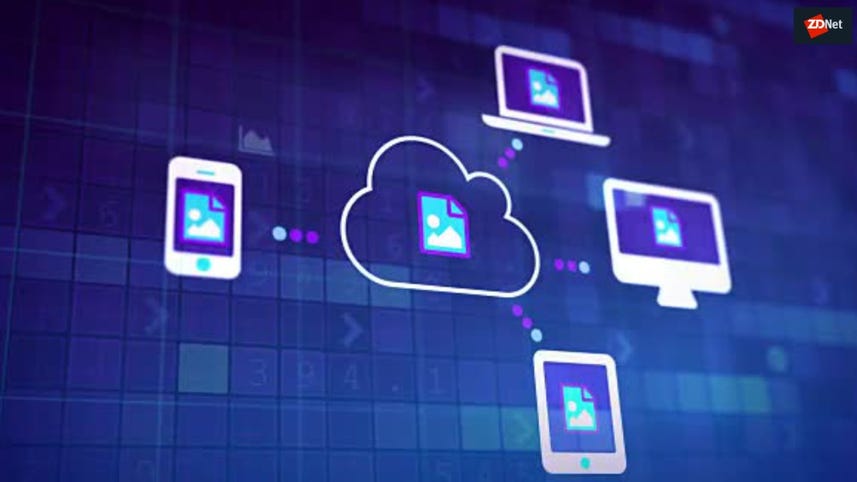 Not so long ago I went to the opening of a gigantic new datacentre on the outskirts of London. It was a cold day and, despite a few heaters scattered around the hall, most of the heat was lost straight to the ceiling of the vast space, which would soon be filled with endless racks of servers.

One of the executives noticed me shivering. "These places aren't really built for humans," he said by way of apology.

But while it may make sense for individual companies to move many of their applications and data into the cloud, is there also a danger that a wholesale move cloud-wards could create new and unexpected risks?

It's becoming very clear that the cloud will be the main way that applications and processing power will be delivered during the next era of computing.

SEE: What is cloud computing? Everything you need to know about the cloud, explained

Data used to live on the mainframe; then it moved to the PC and the corporate data centre; now it has moved on again, into the cloud.

Companies no longer need to hire expensive IT staff to manage and maintain their own infrastructure: they can buy computing as a service instead, and have their applications and data -- once jealously guarded -- held by others and delivered from an anonymous data centre that may be in a different country, or on a different continent.

For their part, the giant cloud providers can generate significant economies of scale by delivering services from their own mega data centres, in which every factor has been calculated and refined to make the installation as efficient as possible.

Few businesses can spare the effort to optimise their systems with such dedication, and so increasing numbers are deciding that it's better to trust their data and apps to the cloud giants. From a cost point of view, it seems that the cloud makes sense financially for applications with a variable or 'bursty' need for computing power (those used just once a month, for example). For applications with a predictable workload, however, the cloud may cost more than more traditional models.

Research by networking company Cisco shows how fast the cloud is growing. It predicts that by 2021, 628 'hyperscale' data centers will exist, compared to 338 in 2016. By then, these vast data centres will account for more than two thirds of all data-centre processing power and about the same percentage of all data stored in data centres.

Also: Have hyperscale, will travel: How the next data center revolution starts in a toolshed

This represents a major change in how businesses buy and manage computing power.

While it may be true that the big cloud providers are more efficient and more secure guardians of applications and data, one risk is that we may be relying on too small a pool of technology providers. We are putting an awful lot of eggs in a small number of (very large) baskets.

A recent report from insurance market Lloyd's calculated that an 'extreme' cyber incident -- one that takes a top cloud provider offline in the US for three to six days -- would result in losses to industry of $15bn. Another report said the cost of an attack that took out a major cloud provider could create damage in the order of $50bn to $120bn -- around the same impact as the damage from a major storm like Hurricane Katrina. The top 15 cloud providers in the US account for 70 percent of the market.

Is regulation the answer?

Many see the move to the cloud as turning computing into a utility, like electricity. But utility companies are strongly regulated because they fulfil such an important role for society. If cloud computing is now a utility, so the argument goes, perhaps we should regulate these companies more tightly, too.

One of the selling points of cloud computing has long been security. Few companies can afford to spend as much time and money on securing their computer systems as they would like to, and in addition often lack the skilled staff to do the job. Messy, cobbled-together in-house systems will always have flaws that hackers can exploit, critics warn. In contrast, cloud providers' systems tend to be better designed and are managed by top engineers.

However, security flaws still exist, and it seems worryingly easy to discover badly secured cloud systems. The BBC reports that one security researcher found over 2,000 unsecured data stores on cloud services, and researchers are now leaving 'friendly warnings' on unsecured AWS data buckets encouraging their owners to lock them down. Cloud companies do provide the tools to protect these buckets of data, but stories regularly surface about sensitive data stores being left open to public view.

Another unresolved security issue concerns who can access your data when it's held in the cloud. This is the subject of an ongoing court battle in the US: the US government argues that cloud companies should be obliged to hand over their customers' data relating to criminal and counter-terrorism cases -- even if that customer data is held in other countries (EU countries, for example) that would usually forbid such a transfer. If the US government wins its case, then trust in US-based cloud companies is likely to take a hit.

Next up: edge computing

It's also worth bearing in mind that nothing in the technology world is forever. In some respects the cloud is simply a grander version of the bureau computing model that allowed companies to rent time on mainframes back in the 1970s.

Also: It's a race to the edge, and the end of cloud computing as we know it

And now that the cloud is firmly in the mainstream, something will inevitably come along in an attempt to dislodge it. Already there is talk of the rise of 'edge computing', which moves processing power back out into the network -- especially for IoT (Internet of Things) services -- and away from those giant data centres.

For many companies, moving their data to the cloud will increase flexibility and may even reduce costs. While the cloud may have benefits for many users, especially in terms of reliability and scalability, we should remember that no technology is without its risks, and should plan accordingly.

Computers & Tech
What is Android 12 Game Mode and should you be using it?