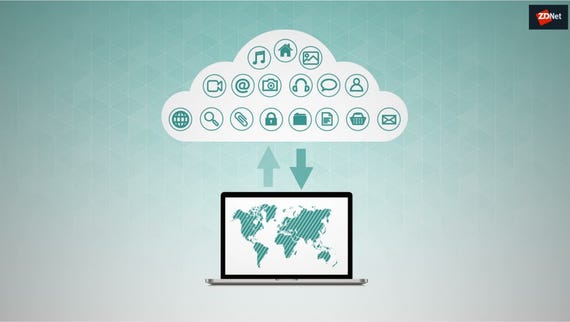 Cloud computing is the future, but keep an eye on those monthly bills
Watch Now

Spinning up that AWS or Azure instance at the snap of a finger may be a beautiful thing to behold, but sometimes the application, testbed or whatever it may be gets abandoned and forgotten -- but still appears on monthly bills, along with all the other spun-up but not powered-down services. Or, on the opposite extreme, a cloud service becomes very popular and well-used, to the point in which it is gobbling gigabytes upon gigabytes of data or activity -- and causing unanticipated spikes in monthly bills.

We found 22 cloud services your business definitely needs to try When it comes to cloud services and software-as-a-service (SaaS), we're all familiar with the usual players. But there's a huge world of opportunity and available resources beyond Google, Dropbox, Salesforce, Amazon, and Microsoft.

On the outset, the low-hanging fruit of cloud migration was the purported cost savings seen through switching from a front-loaded licensing model to a month-by-month subscription approach, which certainly looked good on balance sheets from a CapEx perspective. Now, however, as cloud catches on across enterprises, taking up the work of many business functions, many chief financial officers as well as CIOs are gasping at the unexpected expenses seen in their monthly bills.

That's the word from the authors of a recent survey of 300 IT executives from SoftwareONE, a software and cloud management provider, which finds that while cloud adoption continues to rise, organizations struggle to understand and balance the burgeoning technology with their existing on-premises solutions. There is also the challenge of keeping a lid on cloud costs, which in some organizations is giving CFOs sticker shock on a month-by-month basis.

That ongoing sticker shock tops the list of cloud pain points, the survey shows -- 37 percent of organizations listing unpredictable costs as a top issue. Add to that the lack of visibility into cloud resource usage - something nearly one-third of companies struggle with. As services get gobbled up, the meter keeps running.

The increasing angst over uncontrolled cloud costs is mitigated to some degree by the continued use of on-premises systems, however. If anything, ironically, there are also more on-premises systems to contend with as well. Almost half (45 percent) of organizations are either increasing or maintaining their on-premises investments in the coming year.

It's a hybrid world, then. The majority (53 percent) of companies are committed to a hybrid approach to IT. There may even be some confusion in organizations about what's in the cloud and what isn't. The survey's authors report that a majority of C-level executives (56 percent) believe that their organizations have migrated workloads to the cloud, compared to only 35 percent of IT directors who believe the same.

The cloud may be a relatively straightforward concept, but there still needs to be a great deal of education to help business leaders understand what's going on. Namely, cloud doesn't cut costs in the long run, and there has to be a way to blend existing systems with newer, cloud-based systems. And keep double-checking those monthly bills.

Cloud computing is eating the world: Should we be worried?

The cloud has many benefits, but we must be clear-eyed about the downsides as well. Here are a few things to consider.

The paradox of cloud data: It saves money, but can be costly, too

Survey shows IT managers no longer worry about cloud security, cost is now the big concern.

Everything you need to know about the cloud, explained

Updated: An introduction to cloud computing right from the basics up to IaaS and PaaS, hybrid, public, and private cloud.

Cloud computing: Helping restaurants keep their costs under control with on-demand IT