COBOL turns 60: Why it will outlive us all

In the beginning, there was machine languages and assembler. Neither was easy to use, but then along came COBOL, and everything changed.
Written by Steven Vaughan-Nichols, Senior Contributing Editor on Sept. 5, 2019 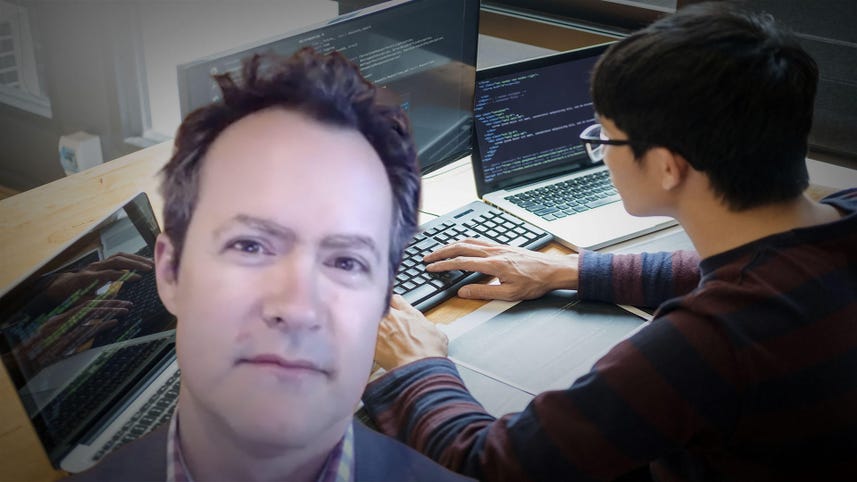 I cut my programming teeth on IBM 360 Assembler. This shouldn't be anyone's first language. In computing's early years, the only languages were machine and assembler. In those days, computing science really was "science." Clearly, there needed to be an easier language for programming those hulking early mainframes. That language, named in September 1959, became Common Business-Oriented Language (COBOL).

The credit for coming up with the basic idea goes not to Grace Hopper, although she contributed to the language and promoted it, but to Mary Hawes. She was a Burroughs Corporation programmer who saw a need for a computer language. In March 1959, Hawes proposed that a new computer language be created. It would have an English-like vocabulary that could be used across different computers to perform basic business tasks.

Hawes talked Hopper and others into creating a vendor-neutral interoperable computer language. Hopper suggested they approach the Department of Defense (DoD) for funding and as a potential customer for the unnamed language.

Business IT experts agreed, and in May 1959, 41 computer users and manufacturers met at the Pentagon. There, they formed the Short Range Committee of the Conference on Data Systems Languages (CODASYL).

Drawing on earlier business computer languages such as Remington Rand UNIVAC's FLOW-MATIC, which was largely the work of Grace Hopper, and IBM's Commercial Translator, the committee established that COBOL-written programs should resemble ordinary English.

But, even with the support of the DoD, IBM, and UNIVAC, COBOL's path forward wasn't clear. Honeywell proposed its own language, FACT, as the business programming language of the future. For a brief time, it appeared the earlier business developers would be FACT rather than COBOL programmers, but the hardware of the day couldn't support FACT. So, COBOL once more took the lead.

By that September, COBOL's basic syntax was nailed down, and COBOL programs were running by the summer of 1960. In December 1960, COBOL programs proved to be truly interoperable by running on computers from two different vendors. COBOL was on its way to becoming the first truly commercial programming language.

It would still be the business language of choice until well into the 1980s. And it's not done yet.

In 2016, the Government Accountability Office (GAO) reported the Department of Homeland Security, Department of Veterans Affairs, and the Social Security Administration, to name just three, were still using COBOL. According to a COBOL consulting company, which goes by the delightful name, COBOL Cowboys, 200 billion lines of COBOL code are still in use today and that 90% of Fortune 500 companies still having COBOL code keeping the lights on. And, if you've received cash out of an ATM recently, it's almost certain COBOL was running behind the scenes.

"While market sizing is difficult to specify with any accuracy, we do know the number of organizations running COBOL systems today is in the tens of thousands. It is impossible to estimate the tens of millions of end users who interface with COBOL-based applications on a daily basis, but the language's reliance is clearly seen with its use in 70 percent of global transaction processing systems."

What does that mean? Britton explained:

"Any time you phone a call center, any time you transfer money, or check your account, or pay a mortgage, or renew or get an insurance quote, or when contacting a government department, or shipping a parcel, or ordering some flowers, or buying something online at a whole range of retailers, or booking a vacation, or a flight, or trading stocks, or even checking your favorite baseball team's seasonal statistics, you are interacting with COBOL."

So, while COBOL is nearing retirement age, the language itself is still far from being put out to pasture. In fact, some people are moving their COBOL applications to the cloud. At this rate, COBOL programs will outlive us all.

Computers & Tech
Zendure SuperMini Go: Rugged power bank that does it all