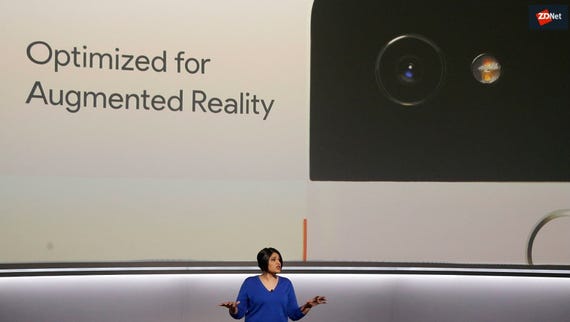 With a potential $90 billion market, AR/VR get the attention of investment funds
Watch Now

You know someone's looking at an emergent industry and seeing dollar signs when the ETFs arrive.

The market interest in companies specializing in AR/VR applications tracks a series of optimistic projections about the potential size of the industries. Digi-Capital recently forecasted the virtual reality market at $15 billion and the augmented reality market at $90 billion by 2022.

"The AR/VR space has extended far beyond its roots in gaming to applications in healthcare, retail, manufacturing, entertainment and more," said Matthew Bielski, founder and CEO of Defiance ETFs.

The outlook for virtual reality has been propped up largely by the likes of Facebook, which is doubling down on its VR play and vying for a billion VR users for its Oculus platforms.

VR is also being used more regularly in enterprise training, with high profile companies like Honeywell touting the technology's benefits.

Helping to reinforce the rosy projections for augmented reality are moves by major players in mobile computing.

Qualcomm and Apple, for example, both ambitiously rolled out depth sensing capabilities via dueling camera modules. Depth sensing is considered a key ingredient to unlocking useful AR in phones and tablets.

Google and Apple, meanwhile, are backing AR via their competing SDKs, ARCore and ARKit. Digi-Capital projects a 900 million installed base for the SDKs by the end of the year, hinting at the coming ubiquity of AR technology.

Virtual reality, which typically requires a headset, to say nothing of social isolation, will be a lot more niche than augmented reality, which helps explain the vast forecast discrepancies.