Contact tracing: Scotland will launch its own app this autumn

Scotland is working with the Republic of Ireland and Northern Ireland to develop its own contact-tracing technology.
Written by Daphne Leprince-Ringuet on Aug. 3, 2020 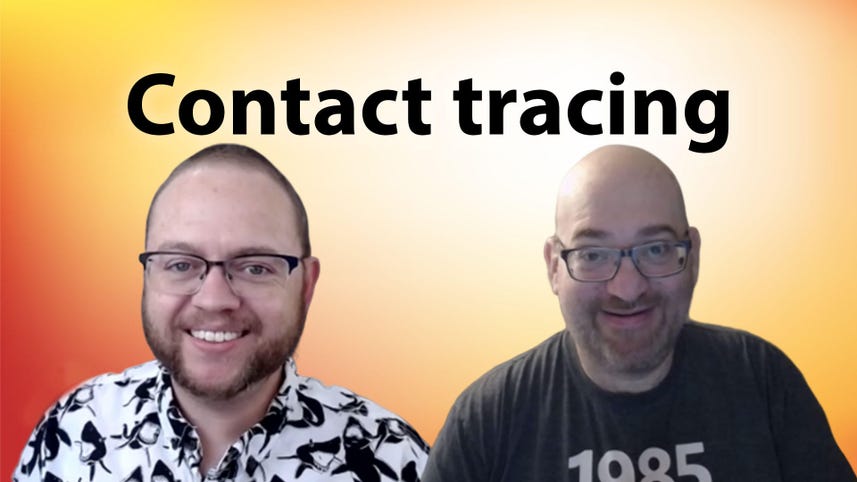 Scotland is working on its own contact-tracing app, which is expected to be available to download in the Apple and Google app stores in the autumn.

The announcement follows the release of the StopCOVID NI app last week in Northern Ireland.

NHS England is yet to provide a specific timeline for the launch of its contact-tracing technology, after the organization had to scrap the original designs for the app due to technical difficulties.

"It builds on existing person-to-person contact tracing which remains the most robust method of contacting those who have been in close contact with someone who has tested positive," she said.

The country's health services confirmed that the app will leverage the software used for Northern Ireland's technology, and which is also the backbone of the Republic of Ireland's Covid Tracker app.

Irish company NearForm developed the base technology for the apps, which uses Bluetooth signals to anonymously alert smartphone users if they have been in close contact with someone who has since tested positive for COVID-19.

NearForm's software is built on the back of Google and Apple's API, which the tech giants released at the start of April, to help health authorities develop Bluetooth-based contact-tracing technologies that are decentralized and privacy-friendly.

The protocol lets users exchange anonymous keys over Bluetooth when they come into close contact, which are registered locally, on their phones. If a user then tests positive for COVID-19, they are given the option to send their keys to a server, which is regularly scanned by all of the other app users' phones. A warning is automatically issued to those whose phones find a match with the "infected" keys present in the server.

Although the same API will be used to build the Scottish app, the tool won't offer the exact same features as StopCOVID NI or Covid Tracker.

For example, the Scottish health services said that the app will focus solely on contact tracing, and will not include additional functionalities such as symptom checking. Ireland's Covid Tracker, on the other hand, includes an optional 'Check-in' function to allow users to share whether they are showing symptoms of the virus with the public health services.

Using the same base technology, however, means that the Scottish app will be compatible with the Northern Irish and the Irish apps. This means that the back-end servers where "infected" keys are registered will be shared across the three regions, so that a patient testing positive in Scotland could still warn the close contacts picked up by the technology in other regions.

Colm Harte, technical director at NearForm, who led the development of the Irish app, told ZDNet: "Interoperability is the next challenge, because travel is starting to increase again. It is key that you have interoperable digital tracing to help with that."

The Northern Irish app and the Irish app are already working hand-in-hand, and it is expected that interoperability can be easily established with any other app tapping Google and Apple's API.

"We need agreements and coordination between governments to get those pieces in place," said Harte, "but from a technical perspective it's actually pretty straightforward."

It might be more problematic, however, to set up interoperability between technologies that are using Google and Apple's decentralized protocols, and apps that are built in a centralized way, separate from the approach put forward by the tech giants, such as France's StopCovid.

In England, the NHSX initially decided to follow the French lead, snubbing the Apple and Google protocol and instead working on a centralized tool. The technology suffered months of delays before it emerged that the app was running into technical difficulties.

Since then, the health service has acknowledged that an app based on the tech giants' API seems preferable, and admitted the need to rethink the approach.

Without committing to an entirely decentralized solution, the NHS in England is now working on a hybrid app. How it will work and when it will arrive are both unclear.

While the Scottish technology will work alongside the Northern Irish and Irish apps, the Scottish government said that it "remains in discussion with the UK government on its proximity app".