Facebook has suffered a serious setback in its attempts to exploit WhatsApp users' private data in Germany.
Written by David Meyer, Freelance reporter on April 26, 2017

Facebook has lost its bid to collect the personal data of WhatsApp users in Germany -- for now.

In August last year, Facebook-owned WhatsApp changed its terms and privacy policy to say that the parent company would gain access to users' telephone numbers and other pieces of data, such as the mobile operating system being used, the user's phone number, and screen resolution.

The idea was to improve Facebook's ad targeting and to make it easier for the social network to suggest friend connections.

Who's afraid of WhatsApp?

The Senate Estimates committee focus on the security of WhatsApp missed two key issues. Secure communications is a people problem. And does it even have to be 'secure' in the first place?

With some careful scrolling through the new terms, WhatsApp users were able to opt out of allowing Facebook to use their data for these purposes. However, they could not stop Facebook from transferring their WhatsApp data to the mothership in the first place.

The following month, the Hamburg data-protection authority ordered Facebook to immediately stop importing WhatsApp users' data in the country, and to delete the data it had already imported.

Hamburg data-protection commissioner Johannes Caspar said Facebook had not asked for nor received users' genuine consent for the data transfers. The social network appealed to the courts, and on Tuesday it suffered a serious setback.

Facebook wanted the Hamburg administrative court to suspend the privacy regulator's order while the case, which will need to decide jurisdictional issues, runs its course. The court largely refused to do so, for now. WhatsApp may not transfer the data of its 35 million German users to Facebook.

"This is good news for the many millions of people who use the WhatsApp messenger service in Germany every day," said Caspar in a statement. "They are not defenceless."

Facebook told ZDNet it intends to appeal this part of the court's ruling. The company said it has paused the use of WhatsApp users' data across Europe, while it discusses the matter with regulators.

However, there was another element to Tuesday's decision that went in Facebook's favour: Caspar had also ordered the social media company to immediately delete the data of German WhatsApp users that it had already imported, but the court decided that Facebook could hold off doing so for now.

In a separate case, Germany's consumer watchdogs in January sued Facebook over the data transfers, this time in Berlin. The associations' umbrella body, the VZBV, had issued a cease-and-desist order around the same time that Caspar made his order, but Facebook had refused to comply.

The UK data-protection authority also told Facebook to cut it out in November, and the European Commission's antitrust department charged Facebook over the matter in December. 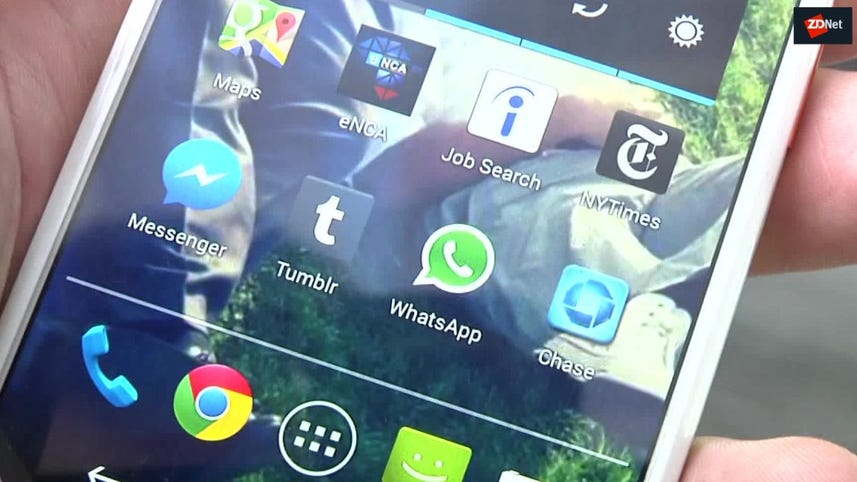