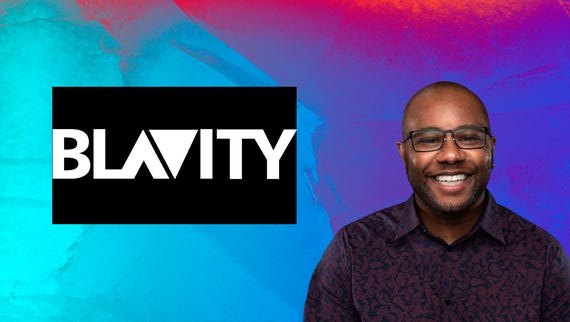 A new report from Crunchbase has found that many of the financial commitments made during the global protests over racism last year have fallen to the wayside amid a record year of investing.

Moving forward from a white male work culture is a requirement for delivering real business value.

Just 1.2% of the record $137 billion invested in US startups in the first half of 2021 went to Black entrepreneurs, and only 2% went to women-founded companies, according to a blog post from Crunchbase senior product manager Diane Wong.

Last year, Crunchbase pledged to include diversity data among the information they provide about startups and investments made. The tool called Diversity Spotlight has provided visibility into the diversity of certain portfolios and allowed entrepreneurs to highlight diversity on their own company profiles.

The tool also allowed Crunchbase to analyze trends and collate other data about diversity.

"Our goal for this feature is to create a central place of connection for diverse CEOs and VCs and hold the industry accountable for continued action toward closing the funding gap for diverse founders," Wong explained.

"Building the Diversity Spotlight dataset is one way we can better understand industry progress and continue to push for change, but it's clear we have a long way to go."

Over the last year, 1,393 contributors have added diversity data to Crunchbase, and 23,604 profiles have been updated with Diversity Spotlight tags. Nearly 6,500 "women-led" tags have been added alongside 1,224 "Black-founded" tags, 908 "Hispanic/Latinx-founded" tags and 315 "South Asian-founded" tags.

Crunchbase researchers told ZDNet that since 2015, over $15 billion had been raised by Black and Latinx founders, representing 2.4% of the total venture capital raised in that time.

"For Black- and Latinx-founded companies, 36% have a female founder, a much higher percentage than we find more broadly in the U.S at 21%for companies with a first funding round since 2015. The majority of these female founders are Black and Latinx," the researchers explained.

They noted that funding to Black entrepreneurs in the US hit nearly $1.8 billion through the first half of 2021, a four-fold increase compared to last year's same timeframe.

"Led by funding to early-stage startups, this year's half-year total has already surpassed the $1 billion invested in Black founders in all of 2020 and the $1.4 billion invested the year before that," Crunchbase said.

"Georgia has seen the highest percentage of venture funding with 8.4% going to Black founders of any other state in the country since 2016, according to Crunchbase data. The venture money going to companies in Georgia has doubled in the last five years -- from about $800 million in 2016 to $2 billion last year, a more than 158% jump, according to Crunchbase numbers."

Despite reaching a five-year high, Black women still receive a tiny fraction of VC dollars. Startups with at least one Black woman as a founder have raised around $494 million so far in 2021, surpassing the $484 million raised in all of 2020, according to Crunchbase data.

Black women are also better represented in the subset of funded Black founders than women, in general, are among all the US-financed startups. About 30% of funding to Black startup founders every year goes to companies led by Black women, while funding to female founders overall is consistently in the single-digit percentages.

When asked about their findings, Gené Teare, Crunchbase's senior data journalist, told ZDNet that the amounts and proportion of venture funding to Black-founded startups remain low as we head into the second quarter of 2021.

Teare added that the leading sectors over the last five years are financial services, professional services, and healthcare for Black-founded startups.

Calendly, Rocket Lawyer, Cityblock Health and Flutterwave are a few of the Black-founded companies that have raised significant funding in 2021, Teare said.

"Year to date, funding to Black-founded companies in the U.S. had topped $2.2 billion -- more than double the amount for the whole of 2020 when $1 billion was invested. But the proportion of funding to companies with Black founders remains proportionally low, although it has also moved from 0.6% to over 1% of all venture funding in the US," Teare said.

"There is an increased interest and awareness around issues of racial justice in the venture world. Some positive signs are that more Black-led firms and funds have invested in Black and other underrepresented startup founders, more Black investors at traditional firms are being promoted to partner level, and a greater percentage of VC funding to Black startup founders is going into early-stage rounds, several of which have been quite large."