OS vendor Cyanogen Inc., on Monday announced an open source Modular OS program that can allow smartphone manufacturers to put bits and pieces of custom Cyanogen builds into "Mods" on stock Android or their own variant. 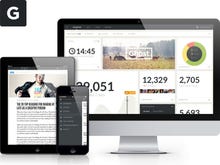 Cyanogen previously had plans to sell full versions of its custom Android ROMs. The new program allows smartphone manufacturers to include their own take on Android while combining some of the best parts of Cyanogen builds.

The "mod" strategy was first used by Cyanogen with Microsoft. Through Cyanogen's MOD platform (different from the Modular OS program), developers like Microsoft can take advantage of the core platform programming interfaces within the Cyanogen OS. Users can install the various mods, like the Skype mod, directly into their dialer to add VoIP calling functionality.

Cyanogen also announced on Monday Lior Tal, a former Facebook employee who joined Cyanogen as its COO in June 2016, has been promoted to CEO. Kirt McMaster, Cyanogen's co-founder and former CEO, will be taking on the role of executive chairman of the board.

"Android has become extremely fragmented causing serious security vulnerabilities and few or no incentives to device manufacturers to deliver software upgrades and/or security patches," Tal wrote in a blog post. "Increased demand for lower-priced smartphones, coupled with the specifications arms race, has left manufacturers focused on scale and efficiency while compromising investment in software and services."

Cyanogen thinks it can help fix the gaps in the current state of Android.

Other leadership changes include a new role called chief science officer that will be filled by Steve Kondik, Cyanogen's co-founder and CTO. He'll report to Stephen Lawler, the company's SVP of Engineering.

Reports in July said Cyanogen laid off 20 percent of its workforce amidst changes under then-COO Tal.