We all think we know the internet - the service that has magically transmitted these words from my keyboard to your eyeballs - but how much do you know of the fundamentals?As I wrote about last year, the plumbing of the internet is surprisingly basic.
Written by Oliver Marks, Contributor on Nov. 29, 2009 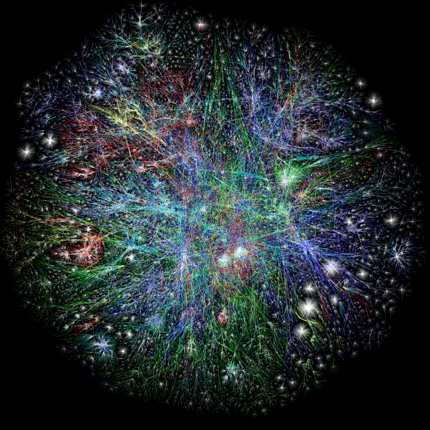 We all think we know the internet - the service that has magically transmitted these words from my keyboard to your eyeballs - but how much do you know of the fundamentals?

As I wrote about last year, the plumbing of the internet is surprisingly basic.

"..although we tend to think of it as a “network of networks” consisting of millions of private, public, business, government and academic networks, once you go global the fundamental plumbing pipes are surprisingly fat and few."

The implications for those relying on the internet to deliver their data through cloud solutions are significant: if the cables are cut you won't be able to access it. In the west there are alternative routes through which your information can find its way to you but for those further away from the backbone this is a significant issue. Since companies are increasingly global the implications of disruption is very significant....we are 'relying on wires less than 10 centimeters in diameter to connect us all together' as this excellent map of 'the internet's undersea world' from the UK Guardian illustrates.

The internet is predicted to double in size every 5.32 years, and this exponential growth includes more redundant alternative routing...but it's still sobering to realize that, like your electric power, an outage can leave you stranded and looking at a blank browser window.

Georgia (the country in the Caucasus region of Eurasia between Western Asia and Eastern Europe, not the American state) is in an uneasy standoff with Russia and is a harbinger of the shape of future warfare. In August of last year Georgia was in armed conflict with Russia and separatist groups from South Ossetia and Abkhazia.

Many of Georgia's internet servers fell under external control or were the subject of crippling 'Distributed Denial of Service' (DDoS) attacks during this period. You can track the attacks historically through shadowserver.org, and while it appears that Russian 'patriotic elements' were collaborating to attack Georgia in 'cyberspace', they may well have been an informal proxy of the attackers.

Botnets (infected computers are named robots, shortened to bot) are informal networks of remotely controlled computers. The first bots were developed by exploiting a messaging facility within Internet Relay Chat (IRC) intended to allow the control of PCs remotely. DDoS attacks are orchestrated by mobilizing thousands of infected computers to attack a target, flooding the bandwidth and resources to render the target inoperable.

This form of distributed unwitting collaboration allows many pc's to make light work of mobbing the resources of target servers. Estonia, a pioneer of 'eGovernment' and a sophisticated highly wired country, effectively had its entire internet connectivity disabled in 2007 in what is now known as the 'Estonian Cyberwar'.

This case of what appeared to be state sponsored cyberwarfare is studied intensively by many countries, military planners and increasingly by large corporations.

Running in parallel to the internet crawled by Google and therefore fully searchable lies a far more vast - by some estimates five hundred times the size of the known internet - online space. Darknets accessible through services such as freenet.org are concealed from non users, while the deep web is the vast universe of hidden web sites and their associated databases and web services.

This is where the international trade in deploying botnets, identity and credit theft, spam, malware distribution, illegal forms of pornography and other illicit information and artifacts are transacted, a vast, loosely coupled collaboration network. The poster child 'baddest of the bad' organization operating at this level internationally are the Russian Business Network (commonly abbreviated as RBN), but there are many other more shadowy organizations of collaborators.

While the modern Web 2.0 browser user benefits from the sophistication of information mash ups of distributed information, there is a darker side to using these technologies, and exploitable loopholes in the code.

It's these sorts of realities - the dark forces which have always lurked in society - which keep IT security professionals awake at night, aware of the potential for shadowy collaborators to attack.