DeepMind's AI is helping to re-write the rules of chess

DeepMind's researchers are letting AlphaZero play with different rules to find out how to improve the game.
Written by Daphne Leprince-Ringuet, Contributor on Sept. 14, 2020 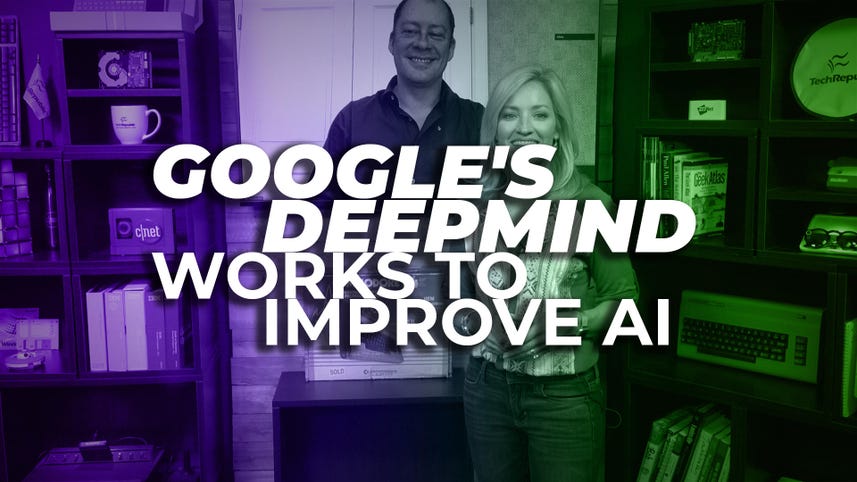 In the game between chess and artificial intelligence, Google DeepMind's researchers have made yet another move, this time teaming up with ex-chess world champion Vladimir Kramnik to design and trial new AI-infused variants of the game.

With the objective of improving the design of balanced sets of game rules, the research team set out to discover the best tweaks they could possibly give to the centuries-old board game, in an ambitious effort to refresh chess dynamics thanks to AI.

The scientists used AlphaZero, an adaptive learning system that can teach itself new rules from scratch and achieve superhuman levels of play, to test the outcomes of nine different chess variants that they pre-defined with Kramnik's help.

For each variant, AlphaZero played tens of thousands of games against itself, analyzing every possible move for any given chessboard condition, and generating new strategies and gameplay patterns. Kramnik and the researchers then assessed what games between human players might look like if these variants were adopted, to find out whether different sets of rules might improve the game.

Chess has evolved significantly over the centuries, with new variants coming in to improve perceived issues with the classical game, or to introduce new complications in the competition. Changing the rules can have a huge impact on game strategy, playability and dynamics – but historically, understanding the consequences of implementing a particular chess variant has only been possible over time, by observing enough human players.

"Training an AlphaZero model under these rules changes helped us effectively simulate decades of human play in a matter of hours," said DeepMind's researchers, "and answer the 'what if' question: what the play would potentially look like under developed theory in each chess variant."

Some of the alterations tested by AlphaZero included the ability for a player to capture their own pieces, for example, or for pawns to move backwards by one square. "No-castling" disallowed castling throughout the game, while another variant equaled forcing a stalemate with a win, rather than a draw.

The AI system played each variant in 10,000 games at one second per move, and another 1,000 with one minute per move. To determine as objectively as possible how the changes impacted the games' quality, the scientists looked at a number of factors; one of them, which has frustrated chess players since time immemorial, was the proportion of draws observed.

Overall, most variants increased the amount of potentially decisive results, with some rules such as "stalemate = win" understandably driving the improvement. The researchers also found that time controls impacted game decisiveness: games at one second per move were much less likely to end in a draw than those with one minute per move.

The results also showed that, in a large percentage of games, AlphaZero actively used the additional moves at its disposal thanks to the new rules, rather than sticking strictly to classical moves. "This suggests that the new options are indeed useful, and contribute to the game," said the researchers.

On top of the statistical analysis of AlphaZero's new gameplay, DeepMind's team asked Kramnik to answer more subjective questions about the positions, moves and patterns that emerged as a result of the variants. The player's input, in principle, should reflect which rules might get traction within the traditional chess community.

The Russian grandmaster has for a long time been an advocate of the no-castling variant, and confirmed that the rule is potentially exciting, because it encourages aggressive play by increasing the vulnerability of both players' kings. On the other hand, Kramnik found that the "stalemate = win" variant seems to have a minor overall effect on the game.

SEE: Explainable AI: From the peak of inflated expectations to the pitfalls of interpreting machine learning models

International master Danny Rensch, chief chess officer at chess website Chess.com, also reviewed DeepMind's findings in a video. He described the "stalemate = win" rule, on the contrary, as the one most likely to significantly change gameplay in the chess community.

"You can't fix the draw in chess unless you really eliminate stalemate," said Rensch. "I strongly believe stalemate equaling a win might not only help grow the game to beginner players but actually could make an impact in terms of decisive results we saw."

Ultimately, as useful as AlphaZero's insights can be, it is impossible to predict which rules of chess will stick, if any. The only way to find out will be to observe how human players adopt, change or abandon different variants: who knows, it might be the right time to re-open that long-forgotten chess app.