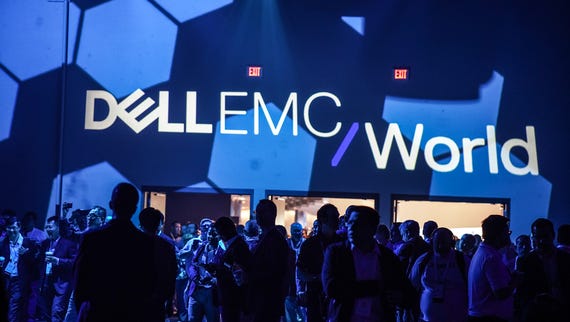 Dell EMC has announced the launch of PowerEdge MX, labelled by the company as a high-performance, modular infrastructure that is designed to support both traditional and emerging datacentre workloads.

"While emerging technologies such as artificial intelligence, IoT, and software-defined storage and networking offer competitive benefits, their workloads can be difficult to predict and pose new challenges for IT departments," president and general manager of Dell EMC Server and Infrastructure Systems Ashley Gorakhpurwalla said.

"PowerEdge MX enables a modular approach to flexibly build and combine compute, storage, and networking, so organisations can transform their IT in a way that optimises resources and offers investment protection for future generations of technological advances."

The latest offering can be customised with a PowerEdge MX7000 chassis, PowerEdge MX740c and MX840c compute sleds or a MX5016s storage sled, and PowerEdge MX Ethernet and Fibre Channel switching modules.

"The PowerEdge MX ecosystem includes a newly designed chassis and precisely sized resource blocks of servers and storage that connect to the infrastructure through a smart I/O fabric," the company wrote.

"PowerEdge MX, with its kinetic infrastructure, is uniquely designed without a mid-plane, enabling support for multiple generations of technology releases -- processor technologies, new storage types, and new connectivity innovations -- well into the future."

New Ready Solutions from the tech giant are expected to simplify and accelerate the adoption of artificial intelligence.

Dell EMC at SC 17 outlined a series of bundles designed to bring HPC to industries and enterprises.

Touting simplicity and flexibility to help accelerate digital transformation within the enterprise, Dell EMC has announced its 'next-gen' VxBlock System 1000.

Along with a refresh of its storage and server lineup, Dell Technologies says the days of general-purpose servers attempting to be used for everything are over.