Despite diversions, AT&T CEO Stephenson honed in on 5G promise

Yes, AT&T CEO Randall Stephenson is battling activist shareholders over his media strategy, but he spent most of his time at a Goldman Sachs conference talking 5G's promise.
Written by Larry Dignan on Sept. 18, 2019 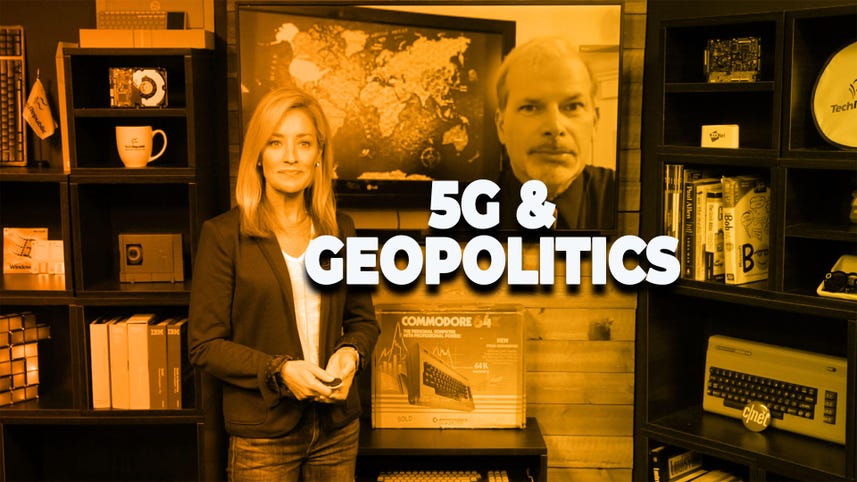 AT&T CEO Randall Stephenson talked about activist shareholders, succession plans and paying down debt, but once those responses to recent headlines were checked off he was all about 5G.

Elliott Associates, an activist investor, sent a letter to AT&T's Board of Directors to raise issues about management succession and the wisdom behind the wireless giant buying media assets like Time Warner and paying back debt instead of share buybacks. AT&T said it would work with Elliott, but Stephenson noted that the suggestions were a mixed bag.

Mixed bag or not, 5G was mentioned a lot more than anything else in his chat at the Goldman Sachs Communacopia Conference. Here's the recap:

On the 5G build-out, Stephenson said:

We're deploying 5G. What do you have to do to deploy 5G? You have to go climb every cell tower in the country and put up 5G antennas and the hardware associated with it. Well, guess what, by virtue of FirstNet, spectrum aggregation, 5G, we're climbing these cell towers one time and accomplishing 3 purposes. So we've been doing this. And we literally, over the course of about 3 years, are increasing the entire nationwide capacity of the AT&T wireless network by 50%. And I just don't know -- I've been doing this almost 38 years. Those words have never come out of my mouth. To just, that quickly, just boost capacity in a nationwide network by 50%.

The wireless business got back to a nice growth profile in the first and second quarter, and we're having nice growth, we are having margin expansion, and we see this continuing. It's a beautiful platform for Internet of Things. We will, as a result of all this work that I just talked about, we will have a nationwide 5G footprint by midyear next year, nationwide 5G by midyear next year in the really premium spectrum areas of our network. And so we're feeling really good about wireless. So as you think about the priorities: the balance sheet was #1; wireless, getting it to growth, #2.

Also: What is 5G? Everything you need to know about the new wireless revolution | Wiring for wireless: 5G and the tower in your backyard | What 5G wireless devices will do that 4G cannot | 5G Research Report 2019: The enterprise is eager to adopt, despite cost concerns and availability

On IoT and 5G, Stephenson was big on low latency. He said:

The first is you're moving into an era of connectivity like we haven't conceived of before. This isn't just marginally better. Like when you went to LTE, it was 20%, 40% faster and so forth. This is different scale. Because in a world of 4G, you can put on a cell tower in a given square-mile area, thousands of simultaneous devices. This, this, your car, thousands can be simultaneously connected to these networks.

When you go to 5G, what changes is that becomes millions. Millions of simultaneous connections are now feasible within a given square mile area on this technology. That's a different business proposition for everybody who sits in this room and all the companies you invest in. So the connectivity goes to a different level. The security, this is the part we love, goes to a different level as well. You can, in 4G, because you're using basically GPS technology, locate a device like this or this or a car or whatever, within meters. In the world of 5G, you begin to locate devices within a couple of centimeters. You're measuring it in centimeters. Now think about this from a security standpoint. Somebody in banking who might have a card with say, a large-scale equipment manufacturer like Apple, but what that could mean to you in terms of security, being able to locate an individual within centimeters of a particular area, being able to set up geofencing in a particular area, and you can only access our data if you're in that particular area measured within centimeters. That's a big game changer as well.

Millions of devices per square mile literally being located within centimeters of each other with a whole different form factor in terms of power, storage and compute requirements.

On 5G in the US vs China, Stephenson said:

I hear a lot of hyperventilating about the Chinese leaving us behind and the U.S. is being left behind. Look, I would tell you, you have T-Mobile, AT&T and Verizon all going aggressively, accumulating the spectrum required to deploy this, getting the spectrum cleared and the right bands to deploy this and working the standards of the technology.

AT&T was hyper aggressive at working the global standards for 5G so that our network equipment providers can manufacture equipment and get us in the market. We are live commercially on the highest-grade 5G standards-based technology. And I think we're in 21 markets right now and that number will move up as we go through the course of this year. And China, I'm not aware of any live 5G systems up and running. The Europeans, I don't even know that anybody has an RFP out yet, to be quite honest with you. So right now, as it stands, the United States is leading.

He added that virtualization and cloud technology--all enabling the backbone of 5G deployments--are likely to prevent China from dominating a supply chain. That said, China has scale and the US can no longer dictate technology standards.