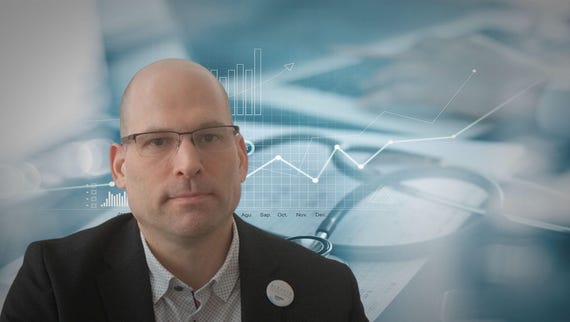 For some diabetics, keeping blood sugar at the right level means several injections a day, every day. Injecting insulin is no fun, but for type 1 diabetics, it's the difference between life and death. Could technology be poised to offer a way to take some of the pain and stress out of managing diabetes?

People with type 1 diabetes don't make a hormone called insulin, which lets glucose into the blood to enter cells and gives the body energy. Instead of using the insulin made by their pancreas, type 1 diabetics get their insulin by regularly injecting it themselves. Apart from the pain of the needle, injections can cause the skin to get irritated, and over time it can shrink or thicken up. Get the dose wrong, and a type 1 diabetic can end up seeing their blood sugar plunge to the extent that they need to be hospitalised.

Could an end to the constant injections be in sight? Researchers have been exploring whether swapping one big needle for lots of tiny ones could help.

"For people who are using insulin... the treatment is done as a subcutaneous injection. It's a daily injection that can be quite painful, and also not convenient," says Zhen Gu, professor in UCLA's department of bioengineering.

Gu and his team are working on a wearable patch that can pass insulin through the skin. The patch is made up of a suite of insulin-carrying microneedles. The microneedles, just 800 micrometers long, are composed of a polymer matrix of an enzyme called phenylboronic acid (PBA). They sit just under the top layer of the skin, and react to changes in blood sugar. When the patch's wearer starts to get high blood sugar, a reaction takes place that alters the electric charge of the PBA molecules, causing the microneedles to swell and release insulin into the skin. Once the glucose has dropped back to normal levels, the needles stop releasing the insulin.

The patch would be around the size of a quarter (around two-and-a-half centimetres), and would either be replaced every day, or two or three times a day, in line with how often the wearer would typically take their insulin injection. The system is painless, according to Gu, "and it can enhance people's quality of life".

Other research efforts are also looking into the potential of microneedles for insulin delivery. MIT and pharma company Novo Nordisk have developed a pill for insulin. Normally, insulin can't be taken as a tablet because it would be broken down by the highly acidic stomach environment before it can be taken up into the blood. In the MIT system, once the pill reaches the small intestine, the outer casing breaks down and dissolvable microneedles anchor it to the gut wall to deliver the insulin.

Patches and pills still rely on the user to take their insulin at the right time, and make sure they have the right amount of insulin to hand when it's time to take it. Medical device companies are hoping to overcome the problem by taking the user out of the equation altogether with 'artificial pancreas' systems.

The artificial pancreas, also known as 'closed loop' insulin delivery systems, are worn on the body continuously. A tiny plastic tube that sits under the skin samples the glucose level in the interstitial fluid, the liquid that surrounds the body cells. The glucose monitor relays the user's blood sugar level to the pump, and it changes the amount of insulin it dispenses to keep the wearer's blood sugar in the right range.

Most systems available at present are known as 'hybrid' closed loop systems. Such systems deliver the 'basal' or background level of insulin. However, the user has to feed additional information on their meals and manual blood-glucose readings into the system in order to get 'bolus' doses – the quick shots of rapid-acting insulin taken around meals. Insulin pump hardware companies are working on full closed loop systems that can automatically deliver both basal and bolus doses without the need for human intervention.

According to James Hayward, IDTechEx's principal technology analyst, the question about how big the difference is between hybrid closed loop and full closed loop is still out there. The full closed loop system including bolus doses would be the ultimate ideal he says, because then it's a full artificial pancreas approach: "But in practice, you're still pretty close with the hybrid closed loop. I don't think it's even so much a specific hardware or technology change [from one to the other]. It's just a case of getting the algorithms efficient enough and the sensor responsive enough."

While the full-on artificial pancreas may be a few years away from commercial distribution, the market for hybrid devices is still likely to increase.

"Do I see the insulin pump market growing? Yes, I do, absolutely," says Siddharth Shah, program manager in Frost and Sullivan's transformational health practice. But Shah points to the costs, which can climb to as much as $7,000: "For one person, that's almost an impossible cost to bear on their own completely."

It's a problem the makers appear to have recognised and have struck up new ways of billing to address the high cost. Rather than just striking deals for a given number of units, deals between hardware vendors and insurers – such as the agreement between UnitedHealthcare and Medtronic – focused instead on the health outcomes. According to the two companies, patients using the closed loop systems had 27% fewer hospital admissions that those without.

There are signs in the wider healthcare world that the closed loop systems are better at keeping blood sugar under control than manual alternatives: one study in the New England Journal of Medicine found that type 1 diabetics with closed loop systems spent a lot more time in the normal blood sugar range than those getting their insulin solely through injections.

Another factor that may help boost take-up is an increasing move towards interoperability. Companies such as Tidepool are offering software to manage closed loop systems that include glucose monitors and insulin pumps from different manufacturers, so users of closed loop systems can now pick the exact mix of sensor, pump, and controller software that suits them best. As well as handling glucose delivery, such apps can also allow users to feed in data on their lifestyle, food, and other events to learn about managing their blood sugar better. "The entire industry ideally needs to move towards the data-driven approach," says Shah.

Join Discussion for: Diabetes management: How researchers are...