The feature, currently used by a few brands, is on the cusp of becoming a standard part of the online shopping experience.
Written by Greg Nichols, Contributor on Oct. 8, 2019 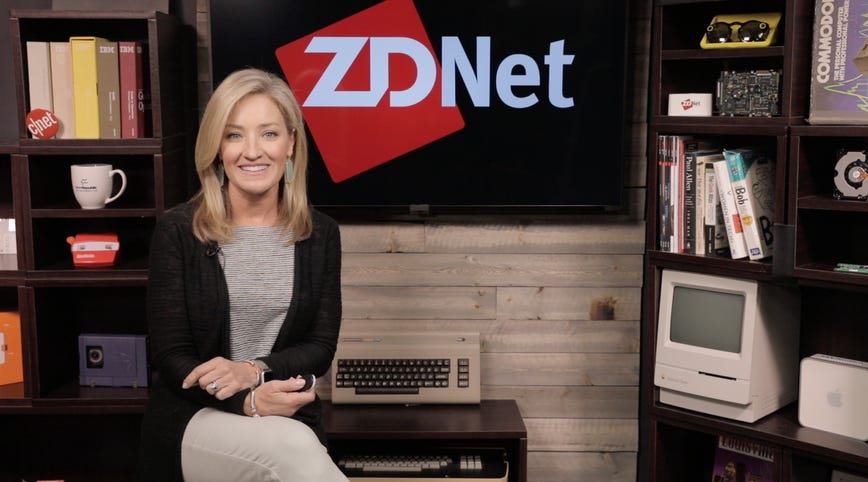 Toronto-based NextTech AR Solutions, one of the companies racing to bring augmented reality to ecommerce, is rolling out a new try-it-on feature that can be added to existing digital storefronts. The feature utilizes the camera on a customer's smartphone or desktop device to enable shoppers to digitally don eyewear, jewelry, and other items to check for fit and style.

It's far from the first rollout of AR try-on technology we've seen. Glasses purveyor Warby Parker unveiled a proprietary try-it-on feature in its app earlier this year. Sephora allows customers to try on makeup via its Virtual Artist 3D live experience. You can plop virtual appliances on your counter via Amazon's AR View and see whether that polka dot sofa is too bold for your living room via IKEA's Place app.

In fact, shopping with AR is going to become more common. A recent GfK survey found that 68 percent of respondents were familiar with the technology and 5 percent already regularly shop through AR/VR apps, such as those belonging to the above retailers.

What is an augmented reality dressing room (and why does it matter)?

In a lot of ways, AR technology could help eliminate or reduce a lingering inefficiency in the ecommerce ecosystem: You can't try something on before you buy. Retailers like Zappos have gotten around this hiccup with seamless, free return policies, while Amazon has tackled the problem with lightning fast shipping and, more recently, physical locations where you can drop off an unwanted item for return.

But the act of having to repackage something and ship it back to the retailer still gives legacy retailers a checkbox in the convenience column. When you try on a pair of sneakers at the mall, you know they fit before you get the plastic out of your wallet. (Of interest to you sneakerheads, a marketing company called Vyking is developing an AR app to let you try on sneakers virtually.)

Augmented reality could change that, at least somewhat but offering a virtual approximation of a fitting room in app form. By uploading a photo of yourself or interacting with your phone's video camera, the new generation of apps will give you a decent approximation of the fit and finish of whatever you're trying on.

How quickly will we see these apps proliferate?

It depends on a few factors. The enormous success of Snapchat's AR masks has helped paved the way toward customer adoption of this technology. In fact, Snap Inc.'s Snap Kit SDK enables brands to utilize the functionality of Snapchat in custom builds.

But even with a friendly dev ecosystem that's no small task, and so far it's predominantly the big brands that have made the foray into AR dressing rooms. What NexTech is pitching fills a gap in the market and is a natural evolution of brand-specific apps: An agnostic, bolt-on bit of technology that can slide into current ecommerce storefronts to increase customer confidence and engagement. By making the AR offering web-based, NextTech is hoping to let smaller retailers in on the AR blitz.

"Technologies like augmented reality shouldn't be available only to large brands with deep pockets," says Evan Gappelberg, CEO of NexTech. "There are thousands of small to midsize retailers that don't have budgets or technical knowhow to develop the AR technology in-house that could significantly boost sales by implementing such a technology."

A recent Digital Bridge survey found that 74 percent of consumers expect AR to be part of the online shopping experience soon. It's the tech we've been waiting for ever since Alicia Silverstone's character in the 1990s hit Clueless stood in front of her clunky PC and scrolled through a digitized version of her wardrobe, overlaying the clothes on her photo.

The NexTech app is more advanced, but it's still rough. An online demonstration renders a pair of aviator sunglasses. Head on the digital glasses sat on my face well, but at an angle they consistently perched somewhere off to the side of my nose. NexTech says the app uses facial and eye tracking to position glasses and goggles in real time, providing a passably realistic experience for eyewear. Future iterations of the technology could support lips, ears, and mouths.

Which brings up another factor: Reliability. How reliable are augmented reality dressing rooms in approximating how your clothes and apparel will fit? Currently, the technology is passable, though still a little clunky. Most AR apps that allow you try on apparel are only placing 3D digital masks over specified body parts. There are no advanced physics engines determining how fabric will stretch or bunch when your avatar moves, for example, and no sophisticated animation to show you how your clothes will sway when you walk. If you've ever taken a second to recognize how preening and active you become when trying something on before a mirror, you'll know that there's more to trying something on than just trying it on.

Interestingly, in a taste of the personalized advertising ecosystem to come, NextTech's AR experience can be incorporated into banner and social ads, a potentially potent hook to snag casual browsers. Imagine scrolling around the web only to catch a glimpse of yourself wearing a jacket you look *really* good in. First reaction may be that your privacy has just been violated. Second reaction? "Daaaaang ... I look good."

NexTech is getting to the party early with its brand-agnostic technology, but this space is going to fill up quickly. Global ecommerce will soon be a $4.8 trillion industry, and the ability to try things on in advance could decide which brands get a stake.

Robotics in business: Everything humans need to know
An executive guide to the technology and market drivers behind the $135 billion roboticsmarket.

Living Machines: A quick history of robots (Part I)
Derided as abominations or celebrated as ingenious feats of human engineering, robots have been around longer than you think.

Wanted: Robot life coach (no, really)
The unique job is a hint of what's to come as robots increasingly join us in the human world

Gorgeous robots made of high tech paper are mesmerizing
Fifty students were given this shapeshifting paper and told to let their imaginations run wild. Here's what they came up with.