Building out its digital economy can drive Asean's GDP (Gross Development Product) up US$1 trillion by 2025, though, digital trade barriers and lack of seamless cross-border payments are key barriers.

The region's digital economy currently represented just 7 percent of its GDP, which was half of China's and one-fifth of the US, according to a report by Bain & Company, in association with Google, Sea, and Tan Sri Rebecca. The survey polled more than 2,300 small and midsize businesses (SMBs) across all 10 Asean members, which included Singapore, Malaysia, and Indonesia.

Singapore needs mindset change for smart nation success Technology innovation and investment alone will not guarantee a thriving smart nation, which also will need user-friendly public services and a population that is willing to accept the wave of changes.

It noted that digital economies in the region remained "relatively untapped" and, if properly leveraged, could fuel intra-regional trade and digital integration, stimulating a GDP uplift of US$1 trillion across Asean by 2025.

And while most Asean SMBs recognised digital integration as an opportunity, only 16 percent tapped digital tools to their full potential, the report revealed.

Noting that the region's digital economy still was lagging, Bain & Company's Southeast Asia partner and the report's co-author, Florian Hoppe, said Asean markets could reap significant gains if they galvanised and grew "as a single regional digital economy, rather than operating separately".

According to the report, retail SMBs that operated e-commerce platforms saw, on average, a 15 percent spike in sales. Their counterparts in logistics also improved productivity by between 10 percent and 20 percent when they used digital tools, while SMBs in agriculture that tapped farming apps clocked 5 percent to 15 percent improvements in crop yield,

In addition, amongst SMNs that adopted digital tools, more than 95 percent participated in exports. This demonstrated digital integration could boost SMBs' expansion and reach beyond their local markets.

Forrest Li, group CEO and chairman of online retail and games company SEA, said: "SMBs can be the powerhouse of the next phase of Southeast Asia's growth if they are empowered with the resources and skills to unlock their true potential. We see huge momentum in e-commerce as more SMBs tap into new, fast-growing markets online, but it is vital that more SMEs are given access to this opportunity."

Digital SMBs have pointed to digital trade barriers such as data localisation.

Furthermore, more than half of SMBs polled in the study said non-tariff barriers and poor logistics were roadblocks in their ability to engage in cross-border physical trade. The lack of seamless cross-border payment options also presented a key challenge, making such trades logistically difficult. 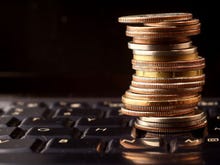 In addition, more than 40 percent of respondents expressed a lack of knowledge and understanding in digital skills.

To help fuel digital developments in the region, the report urged Asean policymakers to remove non-tariff barriers and focus efforts on the implementation of existing transportation agreements. These would help facilitate seamless trade, it said.

Governments also should align domestic policies with those outlined in the Asean Framework for Personal Data Protection as well as other international frameworks. This would ensure data was protected while facilitating digital trade and innovation.

Digital payment ecosystems also should be developed through the adoption of frameworks that were in line with global standards, as well as provide flexibility for cross-border integration.

"Designate a single body, such as the Asean Coordinating Committee on E-commerce (ACCEC)--extending its mandate beyond e-commerce to oversee and coordinate the delivery of all aspects of the digital integration framework," the report added.