Digital tax, trade wars, big tech: what's actually going on between Europe and the US?

France's new digital services tax has opened a can of worms. Here's everything you need to know about what's going on.
Written by Daphne Leprince-Ringuet on Jan. 14, 2020 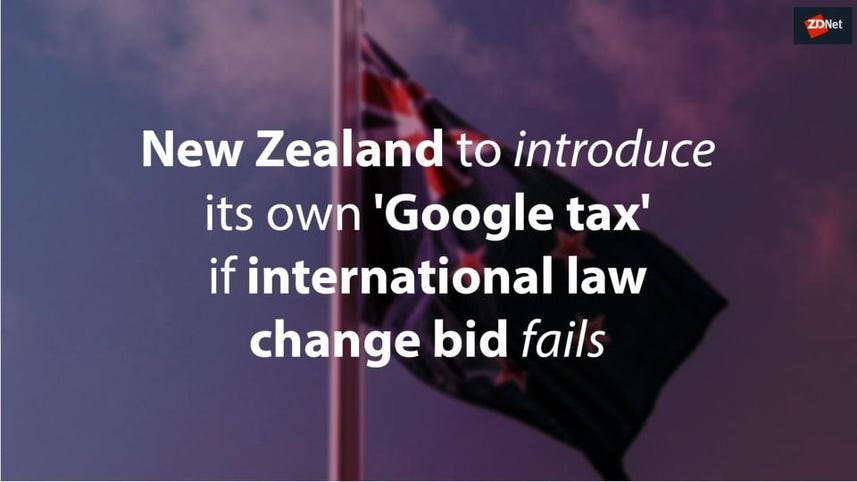 France's finance minister Bruno Le Maire is not in the US government's good books these days, but he has given himself until the end of the month to change this.

His deadline is the World Economic Forum opening on 21 January in Davos, Switzerland, which also happens to be the next time he meets with the US treasury secretary Steven Mnuchin.

Seven days is not that long to fix the issue at stake – that France is determined to collect a "digital services tax" on companies providing digital services to its citizens. Informally dubbed GAFA – an acronym for its main targets: Google, Amazon, Facebook and Apple – it is easy to see why the new French regulation has brought on the wrath of the Trump government.

The digital services tax: when, how, why, and what next?

France passed its digital services tax last summer, and although it was known as the GAFA tax, the French government made a point of explaining that it was actually targeting all sorts of international groups around the world. Any group, in fact, that made €750 million ($835 million) turnover globally and €25 million ($27.8 million) turnover in France from public advertising and digital intermediary services to consumers.

These businesses are now subject to a 3% revenue tax, which the French government estimates could raise about €500 million ($563 million) every year.

The US government lost no time in launching an investigation into the French law, arguing that the new tax was unfair. Last month, the results of the investigation came out; they maintain that "France's digital services tax (DST) discriminates against US companies" and recommend that the US "take action" against the DST to fight the "growing protectionism" of EU member states.

President Trump has since threatened punitive tariffs on $2.4 billion worth of French products including wine, cheese and champagne – a move unsurprisingly backed by US tech giants Amazon, Google and Facebook.

Anup Srivasta, researcher in accounting at the University of Calgary, told ZDNet: "It has the potential to blow up into a major trade war. Neither party is likely to budge. France needs money to meet its deficit, and Trump hasn't shown willingness to compromise. Plus, digital giants have a lot of money to lobby in Washington."

With the prospect of a trade war never having seemed so real, therefore, Bruno Le Maire has now pledged to ease tensions, but has been less clear on how exactly he will endeavor to find a solution.

Was France's move justified, or inflammatory?

To understand why France passed the DST, it is necessary to go back into the short yet knotty history of digital tax. And it all comes down to a loophole: in the traditional tax standards defined by the OECD, corporations pay tax where the value is created – that is, where they have a physical presence.
Cue the internet, and suddenly big tech started making a lot of money from user activity, without having to deploy a physical presence, or pay taxes, where value was created.

The OECD started looking at the issue in 2015, in a report highlighting the "tax challenges of the digital economy". But that didn't go down well with the Obama administration, who had already accused the EU of unfairly attacking US tech giants to push its "commercial interests".

Since then, the OECD has been working to try to come up with a unified approach that would settle the issue globally, rather than let each country come up with individual rules. Having various bilateral agreements instead of a global standard, argues the organization, will bring a considerable strain on all businesses – whether they are small or big, US-based or not.

Progress has been made, albeit slowly; that's partly because the OECD is trying to bring together the various concerns and requests of 135 members. One significant development, however, was the organization's proposal to ensure that digital companies pay tax "wherever they have significant consumer-facing activities and generate their profits", rather than where they have a physical presence.

The proposal was put forward last October, just after France decided to go solo and pass its own rules, arguably damaging at the same time years of diplomatic negotiations at the OECD.

Luminita Enache, assistant professor at the Haskayne School of Business in the University of Calgary, told ZDNet: "France got frustrated about the digital companies operating in the country that did not pay any taxes. But there have been discussions at the international level to develop a broader framework for digital taxes."

"I believe more discussion and agreements are needed to reach a consensus across different countries so that a trade war can be avoided."

Are we actually headed for a trade war?

"If the US hits France because of a national digital tax, they will have to start hitting Italy, Austria, the UK. And we will enter a trade conflict between the US and Europe," said Bruno Le Maire after the US threatened to retaliate.

Further fuelling the fear of a US-Europe trade war was European commissioner for trade Phil Hogan's declaration that Brussels would stand behind France, and "look at all possibilities" if tariffs were to be imposed by the Trump administration.

In reality, however, it seems that there isn't much that European countries will be willing to do to back the French government. Germany, for one, is already concerned enough with president Trump's threat to impose tariffs on European car manufacturers, which would see the German automotive sector fall as much as 12%.

In the UK, the government has pledged to introduce a 2% revenue tax on digital services from April 2020, which would generate an estimated £1.5 billion ($1.95 billion) over five years. The proposal was similarly prompted by the frustratingly slow progress of negotiations at the OECD. But experts have expressed doubts at whether Boris Johnson would push ahead with the new regulation while also trying to woo the Trump administration for a favorable trade deal with the US in the aftermath of Brexit.

"Some EU countries may come up with a digital services tax just to hasten a broader worldwide framework like the one being discussed at the OECD," Hussein Warsame, professor in business at the University of Calgary, told ZDNet.

"But the bottom line is, these revenue taxes are short-sighted and wrong – just like the US retaliation is wrong. Hopefully, however, they will bring about a serious dialogue on how to tax those companies."

So what's the solution?

The European Commission has put forward a plan for a European digital tax system, and it was met with strong opposition from Nordic countries such as Finland, Denmark and Sweden, who said that a strictly European solution would complicate international cooperation.

From the OECD's perspective, the best option is to keep international negotiations going. The organization will meet again at the end of January to agree on the architecture of the agreement, before they start working on the exact terms. In the best-case – and rather ambitious – scenario, a deal will be signed by the end of 2020.

If the agreement is successful, both France and the UK have declared that the new international rules would supersede their respective national tax.

The recent developments between France and the US, however, have given OECD officials reason to worry. In a letter he wrote to the organization following the implementation of the DST, Mnuchin voiced his opposition to OECD members departing from the international tax system.

"We urge all countries to suspend digital services tax initiatives, in order to allow the OECD to successfully reach a multilateral agreement," read the letter. And with the US carrying significant negotiating weight at the OECD table, diplomacy will indeed be a guiding principle in the next months.