Digital transformation: How technology is helping to give baseball a global appeal

Boston Red Sox CIO Brian Shield explains how digital transformation is changing the nature of the game both on and off the ballpark.
Written by Mark Samuels, Contributor on July 29, 2019 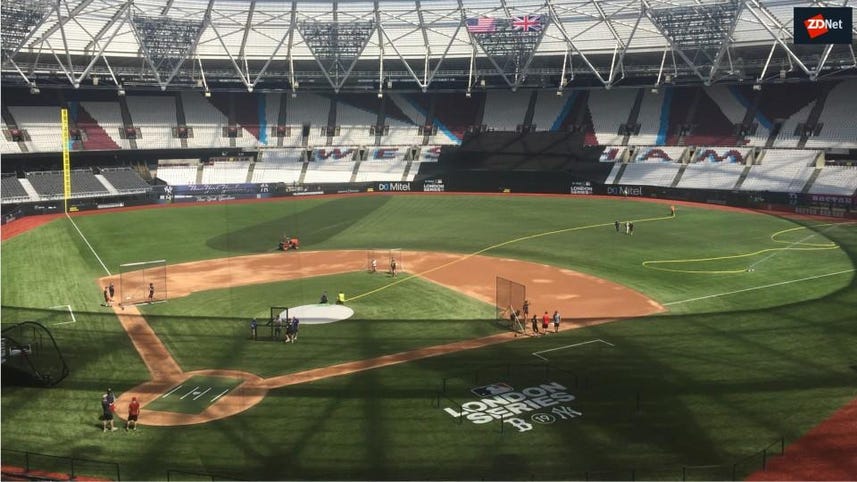 "Baseball is presented as America's pastime but it's also a fast-changing game. Much of the game today, especially behind the scenes, is driven by technology," says Brian Shield, vice president for IT at Boston Red Sox.

Whether it's the amount of analytical data that teams and coaches now have available to tweak player performance or whether it's in terms of using information to create a great fan experience, Shield says technology is playing a key role in helping the sport to develop and to help spread baseball into new territories beyond its traditional home market.

ZDNet caught up with Shield during the recent two-game London Series. It was the first time regular season Major League Baseball (MLB) games have been played in the UK. While the Red Sox lost both high-scoring games to the New York Yankees, Shield says coming to London – and playing at the converted London Stadium, which is usually home to West Ham United Football Club – has been a tremendous experience.

"As an organisation, we're very excited about it," he says. "I think baseball historically has been one of those sports that's been a little slow to go international, especially in Europe. Getting an opportunity to bring the game to London – especially playing against our arch rival the New York Yankees – means I don't think you could get anything better than that for me and from a Red Sox perspective."

Shield has been with the organisation since August 2013. He has more than 25 years of technology experience, and 18 years as a CIO. Shield worked as consultant prior to joining the Red Sox and before that spent more than a decade as CIO of The Weather Channel. He says the opportunity to run IT for the Red Sox was an opportunity to go home.

"As someone who grew up in the Boston area, I think I would have preferred to have been with the Red Sox on the field, but that particular dream didn't occur – so, this is the next best thing," he says. "I moved away many years ago and worked for a lot of different companies in different places. Coming back six years ago to apply some of the things that I've learned has been a dream come true in many respects."

Shield says he's seen a lot of change in the sport in his six years at the Red Sox – and much of that change is related to digital transformation. A great deal of what the organisation can now do is predicated on its ability to use technology effectively. Take the role of big data in player performance.

"Everything that historically was very qualitative, it's become very quantitative, such as the length of a home run or the ability of a pitcher. Being able to translate those facts into useful information is great for the coaches and access to that insight also makes it continuously exciting for fans," says Shield.

A large proportion of the analytical information available to teams and fans comes directly from the MLB. Shield says "tremendous volumes" of data are collected and delivered to every organisation to allow them to access the same type of information. It's his team's role to turn that data into a competitive advantage both on and off the ballpark.

"When it comes to each club, it's up to their technology capabilities to leverage that information and maybe get the most out of player performance, or for the technicians to use it for fan engagement and entertainment," says Shield.

It's this second element – around customer experience – that is the current focus of IT development work at the organisation.

"One of the things that we see with fans who come to Red Sox games is that, for many people, going to a game is not all that different from going to Disney World. Making that experience as simple and seamless as possible is a critical differentiator for our business and it's something that we take very seriously," he says.

"We want to give fans information when they're leaving the ballpark, whether it's access to transport or travel, and to create an experience from the time someone hits the ballpark to the time they get home. We want to work with partners to pull that whole story together."

Shield suggests IT vendors that help him anticipate changes in customer demand, and that focus their efforts on integration with best-in-class applications, make the work of his team a lot easier. One of the organisation's key technology partners is Mitel, whose unified communications platform is the basis for organisational operations at the Red Sox.

The decision to go with Mitel came two years ago when the team was replacing its telephony system at Fenway Park, its home ballpark in the United States. Shield hopes the platform he's created will help his team use emerging technology to continue to hone the fan experience going forward.

"We're ready for mobile applications now, so that we can leverage as much of that capability as we can and put it into the hands of the average fan coming to a game," he says. "Whether it's giving fans augmented reality capabilities, digital ticketing or seat upgrades, we're really trying to create a digital platform that we hope continues to meet or exceed the expectations of our fan base."