A lack of funding, complex technical landscape and confused messages from the center means the NHS is struggling to meet its digital transformation targets, a report from the National Audit Office has concluded.
Written by Owen Hughes, Senior Editor on May 15, 2020 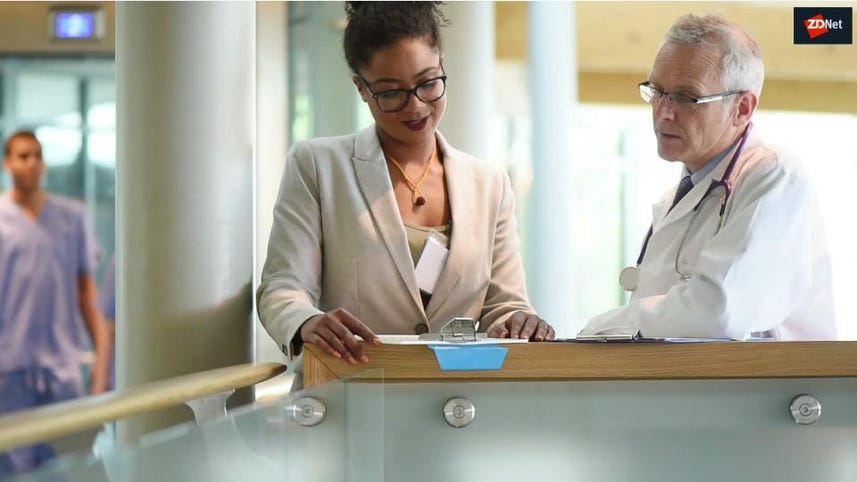 The NHS is not progressing quickly enough with its transformation targets due to a lack of proper funding, outdated IT systems and confused messages around technology strategy, the UK's National Audit Office (NAO) has found.

This includes targets set out in the NHS Long Term Plan that state all NHS trusts are expected to have reached a core level of digitisation by 2024.

According to the NAO, the current estimated cost of digitally transforming the NHS is £8.1bn, with NHS trusts expected to contribute £3bn of this. However, the report questioned the likelihood of trusts being able to find this funding, pointing out that NHS trusts were currently spending a collective 2% on technology as opposed to the recommended 5%.

As such, the NAO labeled investment in upgrading IT systems and improving digital services "inadequate", meaning digital transformation in the NHS was progressing "slower than expected."

It also suggested that plans for digital transformation efforts had been confusing, and that frequently-changing strategies made it difficult for NHS organisations to realise their digital ambitions.

Gareth Davies, head of the NAO, said the NHS was unlikely to meet current goals for overhauling IT unless governance was made clearer. "The track record for digital transformation in the NHS has been poor, with key targets such as a 'paperless' NHS by 2018 not being achieved," he said.

"To meet this challenge, the [Department of Health] and its arm's-length bodies need to develop a better understanding of the investment required, set a clear direction for local organisations, and manage the risks ahead. If they don't, they are unlikely to meet their ambitions for digital transformation and achieve value for taxpayers."

The myriad IT systems in use across the NHS using different standards makes data sharing between NHS organisations a huge challenge.

The first attempt to join up IT systems in the NHS was 2002's National Programme for IT (NPfIT). This ran for nine years before being abandoned in 2011 having largely failed to achieve its goals, at a cost of £9.8bn.

This was replaced by a new strategy called the Digital Transformation Portfolio in 2014, though the NAO argued the NHS had not made the expected progress since then, including a target of making the NHS paper-free by 2018.

While the digital maturity of NHS trusts has improved, significant challenges remain, the report found. In particular, digital capability -- defined as the use of technology to deliver care -- remains a major challenge, with just 54% of trusts reporting that they can rely on digital records.

"The department's arm's-length bodies have attempted to implement practical solutions. However, the Portfolio (to deliver the 2014 strategy) has been restructured and some objectives were unclear, making it difficult to assess progress against the original aim," the NAO said.

In 2019, NHSX was established to lead on NHS England's technology strategy and deliver its targets for digital transformation. This includes giving trusts more autonomy over how they approach transformation and the IT systems they use, provided they comply with national standards.

However, the NAO report argued that NHSX's plans were "under-developed" and that the organisation had been "unclear about the whole-life costs and benefits of the different approaches to digital transformation at a local level."

This risks making interoperability between health IT systems harder to achieve in the future, it said. "There are several technical challenges for NHSX to resolve, particularly in terms of enabling digital information to be shared seamlessly across the NHS so that users understand it in the same way.

"There has been some progress towards 'interoperability' of data, but NHSX does not have a timeframe for achieving it and plans are under-developed.

An NHS Digital spokesperson told ZDNet that digital transformation was "a priority for the health and care sector", and that it was "committed to supporting staff, patients, suppliers and commissioners across the NHS" to realize its digital ambitions.

"We welcome the findings in this report and will work closely with our government partners to implement the recommendations," the spokesperson added." NHSX is expected to publish a comprehensive technology plan for health and care in autumn 2020.

Digital Transformation
Digital transformation in 2022 and beyond: These are the key trends