The face of Docker, the leading container company, Solomon Hykes, is stepping down.
Written by Steven Vaughan-Nichols, Senior Contributing Editor on March 28, 2018 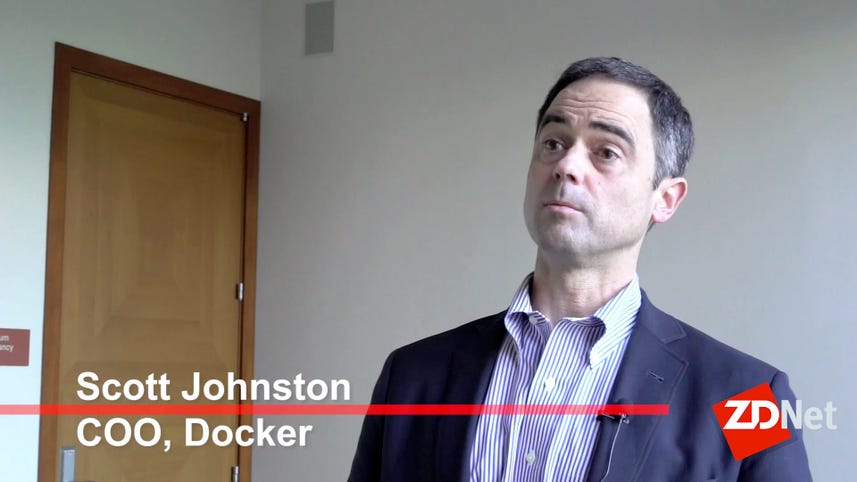 Insiders knew this had been coming for months, but today, Solomon Hykes, Docker's founder, announced he was leaving day-to-day work at the leading container company.

He wrote, "I'm announcing my departure from Docker, the company I helped create ten years ago and have been building ever since. A founder's departure is usually seen as a dramatic event. Sadly, I must report that reality is far less exciting in this case. I've had many roles at Docker over the years, and today I have a new, final one - as an active board member, a major shareholder and, I expect, a high maintenance Docker user. But I will no longer be part of day-to-day operations."

This move comes almost a year after his co-founder, Ben Golub, stepped down as CEO. As for Hykes, he started moving away from Docker's executive team in November 2017. He went from being CTO to vice chairman of the board of directors and chief architect.

Besides being a leader, Hykes has been the controversial face of Docker. In 2016, for example, he started a tempest in the container world by tweeting: "OCI (Open Container Initiative) image format is a fake standard." This open-source standard for container specification was supported by other container companies, such as CoreOS, and his own company.

Now that Hykes is leaving, he says, "Docker has quietly transformed into an enterprise business with explosive revenue growth and a developer community in the millions, under the leadership of our CEO, the legendary Steve Singh. Our strategy is simple: every large enterprise in the world is preparing to migrate their applications and infrastructure to the cloud, en masse. They need a solution to do so reliably and securely, without expensive code or process changes, and without locking themselves to a single operating system or cloud. Today the only solution meeting these requirements is Docker Enterprise Edition."

Sources indicate, however, that while Docker, the technology, is continuing to grow great guns, Docker's business growth has been more challenging.

As Hykes says, "This puts Docker at the center of a massive growth opportunity. To take advantage of this opportunity, we need a CTO by Steve's side with decades of experience shipping and supporting software for the largest corporations in the world. So I now have a new role: to help find that ideal CTO, provide the occasional bit of advice, and get out of the team's way as they continue to build a juggernaut of a business."

Hykes concludes, "It's never easy for a founder to part ways with their life's work. But I realize how incredibly lucky I am to have this problem. Most ideas never materialize. Most software goes unused. Most businesses fail in their first year. Yet here we are, one of the largest open-source communities ever assembled, collectively building software that will run on millions of computers around the world. To know that your work was meaningful, and that a vibrant community of people will continue building upon it... can any founder ask for anything more?"