Feel like watching the latest season of Game of Thrones? The new Resident Evil movie perhaps? You could sign up for Netflix or HBO, or just go out and buy the Blu-ray. Or, until recently, you could have moved to the Netherlands, where the word illegal is not in the dictionary — at least, not where it concerns downloading content — and where the government traditionally didn't care whether your steer your ship towards the Pirate Bay.

That all changed yesterday. Effective immediately, the Dutch government has placed a ban on downloading copyright-infringing material, following a ruling from the European Court of Justice.

Up until Thursday, downloading copyright-infringing content — as opposed to uploading it for sharing purposes — was not a crime for those living in the Netherlands. 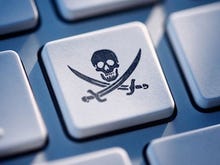 'Censorship creep': Pirate Bay block will affect one-third of U.K. Nearly 10 years ago, Cleanfeed was designed to protect the British public from child abuse imagery. A decade later, the same system is used to enforce ISP blocks on file-sharing and Magnet-link websites like The Pirate Bay. How did the U.K. fall into "censorship creep"?

To compensate rightsholders affected by the downloads, the Dutch government has been imposing a 'personal copy fee' on blank storage media since 2003, meaning that anyone buying new devices or removable media (USB keys, DVD-R sets, etc) had to pay a small levy. The money raised from the levy was then distributed to rightsholders.

In addition, the court also ruled that the personal copy tax is in fact illegal itself, because this system means that people who don’t download copyright-infringing material and buy storage media nonetheless are indirectly punished, because they are forced to pay compensation for something they didn’t do.

In a statement released after the ruling, the court said: "The levy system must ensure that a fair balance is maintained between the rights and interests of authors (as the recipients of the fair compensation) and those of users of protected subject matter. A private copying levy system, which does not, as regards the calculation of the fair compensation payable to its recipients, distinguish between the lawful or unlawful nature of the source from which a private reproduction has been made, does not respect that fair balance."

In its statement, the court acknowledges that the existence of the compensation fee in itself is not in violation of EU law; however, the way it is configured in the Netherlands is unlawful: "The Copyright Directive permits Member States to lay down an exception to the exclusive reproduction right of holders of copyright and related rights so that private copies may be made (the private copying exception). It also provides that Member States which decide to introduce such an exception into their national law are required to provide for the payment of 'fair compensation' to copyright holders in order to compensate them adequately for the use of their protected works or other subject matter."

Over the years, the Dutch parliament has repeatedly tried to implement a ban on this form of downloading, but consistently failed to achieve the majority vote required to realise any ban.

The ruling of the EU court however, has overturned the apple cart, finally making downloading material that breaks copyright law actually illegal in the Netherlands.

Following the ruling, the Dutch parliament released a statement, saying that the ban was effective immediately, and that it has to come up with a new system to compensate authors affected by illegal downloads. It has asked the Dutch Stichting onderhandelingen thuiskopievergoeding (Foundation for negotiations on the private copy tax) to issue advice on what this new system should look like, and that it expects to have an answer this summer.