Wireless charging is a great idea; once you have a phone, tablet, MP3 player and camera plugged in, the wires snaking around your desk are awkward and messy. Dropping devices onto a charging mat that works like a more efficient version of a toothbrush charger seems simpler and if you can charge multiple devices from one connection it should save on power as well as giving you more free powerpoints.
Written by First Take , Previews blog log-in on Dec. 17, 2010

Wireless charging is a great idea; once you have a phone, tablet, MP3 player and camera plugged in, the wires snaking around your desk are awkward and messy. Dropping devices onto a charging mat that works like a more efficient version of a toothbrush charger seems simpler and if you can charge multiple devices from one connection it should save on power as well as giving you more free powerpoints. 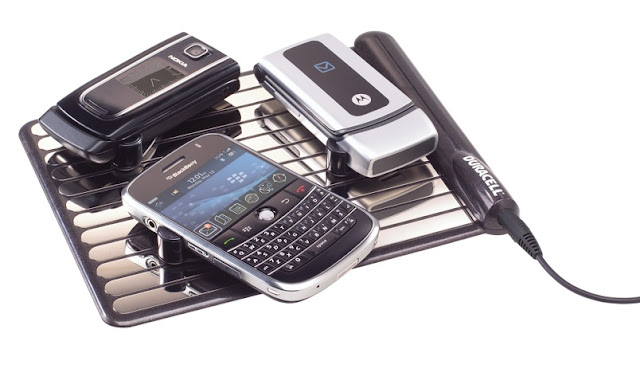 Duracell's myGrid looks stylish and gives you the convenience of wireless charging - but it's not quite as convenient as you'd like, and the £69.99 price tag is just the beginning.

The problem is that you have to add a way to get the power from the mat into each device. Duracell has £20 Power Sleeves that fit around your phone like a case - but only if it's an iPhone 3/3GS, iPod Touch, Pearl or Curve, and even more specifically only if it's a Pearl 8100 or Curve 8351i. We were able to wedge an original iPhone and an iPhone 4 into the iPhone case, although the cutouts didn't match up with the other ports. A Curve 8900 fits into the Curve Power Sleeve but the charging connector on the back of the case didn't match up well enough for the phone to actually charge. The cases aren't too bulky, but they're not particularly attractive compared to many of the cases designed just to protect your phone (and look good). 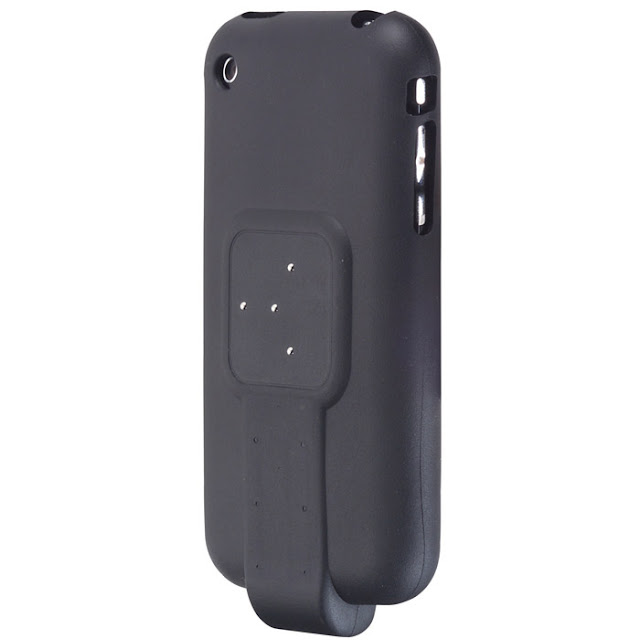 The Power Clip option (also £20) is a lot more flexible; this is a tiny mini USB, micro USB or Nokia adapter that fits into the usual connector on your phone (and there are versions with the port both ways round). You attach this to a clip with the charging adapter on; we were able to fit these onto all the devices we tried, including Android, BlackBerry and Windows Phone 7 devices, and even the ViewPad 7 tablet, although you may need to take off any case you're using. You can attach the clip permanently to the back of your phone with the sticky pad supplied or just balance in place. We're not keen on sticking something onto a phone for good and if you do that you'll have to have one clip per device - but if you don't, you have to balance things carefully so the inductive connection between adapter and clip stays in place even when the weight of the device pulls against it. Magnets help (and stop devices getting jarred off the mat) but it's a little more fiddly, especially if you're trying to fit four devices onto the myGrid. You can get four devices on if they're small enough (we couldn't fit much alongside the ViewPad 7) because you don't need the whole phone on the pad, just the charging connector - but the connector does need to be flat on the pad. Power Clips: both mini and micro USB clips come in both orientations - and they fit snugly enough to keep on your phone if they don't get in the way of your case

Once you've dealt with the complexity of plugging in the adapter (for a system that's supposed to stop you having to plug things in), the charging part is hugely convenient. The reflective strips of metal on the pad make a connection with your device almost instantly and the blue charging light comes on and stay on until your phone is charged. You don't need to worry about getting a shock, even with wet hands; touch the pad and the charge turns off - it also turns off if you put something metal on it, so don't leave coins and keys with your phone.

Devices charge as fast as they would plugged in to the mains and definitely faster than plugging them in with a USB cable. But just as this won't be as convenient as you hope for unless you have the right phone for the Power Sleeve cases, it may not save you as much power either. Even when it's in 'sleep' mode with no devices on the pad, the myGrid is using 2W; modern chargers from RIM, HTC and Palm all measured zero watts when they were plugged in but didn't have a device connected. Charging one device on the myGrid takes 4W (the same as charging a device with its own mains charger) or 6W if the phone is completely flat; that goes up to 6W for two devices, or 9W if they're flat, so you do save a little power if you buy the right sleeves and charge devices at the same time. If you leave your phone plugged in to its charger once it's fully charged you're wasting the same 2W as leaving the myGrid on; that adds up for multiple devices but while remembering to pull the cable out of your phone takes the power usage back down to zero, you'd have to take your phone off the myGrid and unplug it. The IDAPT i4 Universal Charger we looked at earlier in the year doesn't have the convenience of wireless but it does have a handy power switch, and it's only £40. The myGrid system is a little cheaper than other wireless charging pads like Powermat and the combination of Power Sleeves and Power Clips mean you can charge the majority of devices (though not Samsung handsets with custom USB connectors). Just remember you're not getting quite the level of convenience you might expect.