A district court in The Hague has struck down a Dutch law requiring telecommunications companies to retain customer data for law enforcement for between six and 12 months.

The law was first enacted in 2009 in response to the EU directive on data retention, which was subsequently struck down by the European Court of Justice in April 2014.

The court said at the time that the directive infringed on the rights to privacy and protection of personal data.

Since then, the laws in Europe around mandatory data retention have either been struck down or amended to accommodate the ruling.

The Dutch government announced intentions to amend the legislation in November to provide that the data would only be handed over from the telcos to law-enforcement agencies when authorisation has been given by a judge, and access to the data would be limited to the investigation and prosecution of serious crimes. The proposed amendment would also require telcos to encrypt the stored data. 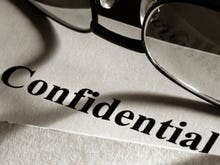 It argued that the storage of traffic and location data and the access granted to law enforcement were infringements of the right to protection of privacy.

In a judgment released on Wednesday, the court ruled in favour of Privacy First, declaring the law a breach of the right to privacy. The judge noted that while the failure of the law in its current form could have "profound implications for the investigation and prosecution of criminal offences", it did not justify the infringement of privacy on Dutch citizens. The district court struck down the law, ordering the Dutch government to pay costs.

The Dutch government has yet to make a statement on whether it will reintroduce the law in an amended form.

The decision comes as this month, the Australian government is preparing to pass legislation that would require Australian telecommunications companies to retain customer data for two years for access by law enforcement without judicial approval.

The Australian government has adopted a number of amendments to the legislation proposed by the Joint Standing Committee on Intelligence and Security, including forcing the government to include the set of data to be retained in the legislation. However, judicial oversight has not been included in the proposed amendments.

There is also no current protection in the legislation for journalists and their sources from having their call records and other data accessed by law enforcement without a warrant.

Australian Communications Minister Malcolm Turnbull has told media bosses that the new metadata laws are being overblown as an issue.

iPhone 6s, 6s Plus Sydney launch: Photos Hundreds of die-hard Apple fans lined up in the rain to obtain one of the new iPhones, launched on Friday morning -- though significantly less turned up than for the iPhone 6 launch.

Part of the Bill deals with the disclosure or use of metadata for the purpose of determining the identity of a journalist's source.

A bipartisan report called for this section of the Bill to be subject to a separate inquiry over three months.

The minister said his message to media companies is that law-enforcement and security authorities already have access to such metadata, and there will be no exemptions for journalists.

"The only thing the data-retention law is requiring is that types of metadata which are currently retained will be retained in the future for at least two years," Turnbull told ABC radio on Wednesday.

"This whole metadata-retention issue has been overblown by a lot of people -- the changes are not as substantial as people make out."

Critics have described the Bill as an attack on the ability of journalists and whistleblowers to expose corruption and misconduct in government.

The journalists union, the Media Entertainment and Arts Alliance, said it will have a "chilling effect" on reporting.

The government wants the regime legislated this month, but the Labor caucus has yet to consider the Bill with all its proposed amendments.