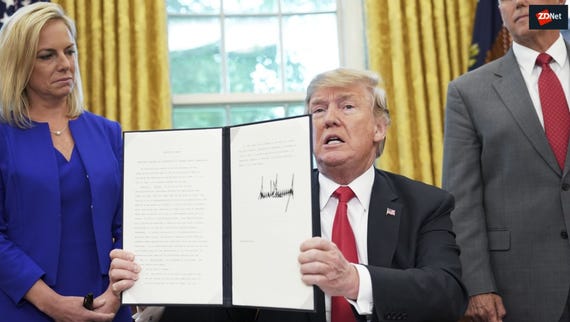 A survey of Californian residents including Silicon Valley Bay Area tech workers has found a high degree of mistrust of tech, media, business, and government organizations -- an average of 10 points lower than the rest of the country.

The 2019 Edelman Trust Barometer for California surveyed more than 1,900 California residents and 400 tech workers. Californians are far less happy with the tech industry than the rest of the country and highly mistrustful of everything else.

Edelman titled its California survey "Golden State Worriers" because of the highly skeptical views of Californian residents with 62 percent agreeing that "the best days of living in California are behind versus are ahead."

California's tech industry is the envy of the world, but Californians don't trust it to create jobs, with only 44 percent expecting more jobs.

In areas with more technology companies, the local residents increasingly say the industry has been under regulated, with 72 percent in the Bay Area -- a rise of five points from last year, compared with the Los Angeles area ,which rose 9 points to 70 percent, while the rest of California unchanged at 61 percent.

There was a large 12-point increase over the past year in Californians saying the government should regulate the tech industry, with 58 percent agreeing.

Tech workers seem to recognize their impact on their surroundings, with more than 85 percent saying that "tech companies have an obligation to improve societal [and local] issues." And 75 percent of tech workers want tech industry business leaders to do more to improve California.

Edelman says that 69 percent of tech workers agree that the tech industry has been under-regulated. And 28 percent of of tech workers are concerned about "the tech bubble crashing and many people losing their jobs." Almost one-quarter said there was a lack of diversity at tech companies.

Other findings: Not surprisingly housing costs were cited as a serious issue by 72 percent of Californians, and 76 percent in the San Francisco Bay Area. More than half of Californians (53 percent) and 63 percent of Millennials are considering moving because of the high costs of living.

It seems that, with local residents, as well as with workers, the closer you are to tech companies and the more you know about them, the less trusting you are, the more skeptical you are about the future, and the more likely you are to want the tech industry to be regulated.

Of the high number of tech workers, 75 percent want to see their business leaders taking an active role on important issues. That's an interesting finding. It's backed up by the tech worker walkouts and protests we saw in 2018. It also shows that if the ethical leadership at a company is missing then the tech workers will take up the roles needed.

However, this is not an alienated workforce. The survey found that tech workers trust their employer far more than any other institution at 78 percent, and they have a positive view of the future of tech. This trust could easily be lost if their employers are caught spying or taking retribution against whistle blowers and activist staff.

Edelman, the world's largest private public relations company, is keen to promote a service in which it helps executives and companies become activists around social issues.  For example, this survey found that 81 percent of Californians want tech companies to do more to improve local issues and 76 percent want more activism on societal issues.

With California residents often ahead of the rest of the country in key trends and issues, similar trends in mistrust of tech companies are likely to emerge in the rest of the US. The California survey gives the tech industry a warning and some time to get ahead of its image and activism issues -- before they spread to the other states.

That will be a challenge -- especially for the tech industry's political lobbyists who will find it hard to divert politicians from noticing the rising popularity for greater government controls. Legislators write code, which is far more powerful than any computer code. New regulations for the tech industry seem inevitable.