Google's ability to track users' browsing and book reading habits creates a dangerous temptation to government and private litigants, which will result in a chilling effect on free speech and robust academic research, a new amicus brief says.
Written by Richard Koman, Contributor on Sept. 8, 2009 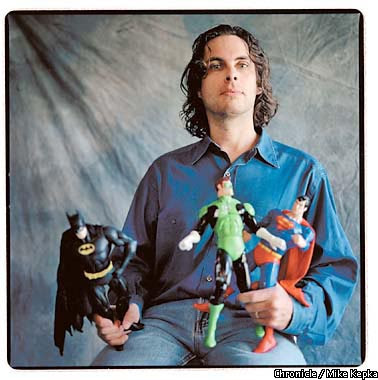 I believe that the fear of tracking will create a chilling effect on my readers, reduce my readership and therefore my revenue from these books. Moreover, I write these books in order to participate in the public debate on issues. Reduced readership negatively impacts my expressive interests as an author. —Bruce Schneier, author Privacy concerns are at the heart of a new objection to the Google Books settlement filed by the ACLU, Electronic Frontier Foundation, UC Berkeley's Samuelson Clinic and private attorney David Pankin. With EFF's Cindy Cohen taking the lead, the group objects to the settlement because of the chilling effect on reading, research and writing Google's control over user data could have.

The point is that the settlement as currently approved offers precious little restrictions on how Google tracks, uses and turns over to the government and private litigants the browsing, reading and buying habits of users. Without such protections, people may be reluctant to browse, read and research, all of which has a chilling effect on free speech, scholarship and public discourse.

"These chilling effects are not hypothetical," the brief says, citing In re Grand Jury Subpoena to Kramerbooks & Afterwords, Inc., where the court found that as a result of a grand jury subpoena for Monica Lewinsky's book purchases, “[m]any customers have informed Kramerbooks personnel that they will no longer shop at the bookstore because they believed Kramerbooks to have turned documents over . . . that reveal a patron’s choice of books.”

People do stop reading and researching out of fear. One survey found that 8.4% of Muslim-Americans changed their Internet usage because they believed the government was tracking them. And the government does try to get at this information. While the brief doesn't hesitate to invoke Joe McCarthy, other examples are closer to home:

Between 2001 and 2005, libraries were contacted by law enforcement seeking information on patrons at least 200 times. Indeed, in 2006, AOL received almost 1,000 requests for information in criminal and civil cases per month. Google itself has been the target of governmental requests for massive amounts of information concerning what information users of its search engine are looking to find. So too has objector Ronin Publishing, who was subpoenaed by the Drug Enforcement Agency for the names and addresses of all residents in the state of Arizona who had purchased one of Ronin’s books on marijuana hydroponics.

So do private litigants. Viacom sought and won a motion to compel YouTube to disclose “all data from [its logging] database concerning each time a YouTube video has been viewed on the YouTube website or through embedding on a third-party website.” The order was later set aside through a stipulation between the parties.