Full Bio
Posted in Smartphones and Cell Phones on May 16, 2017 | Topic: Mobility 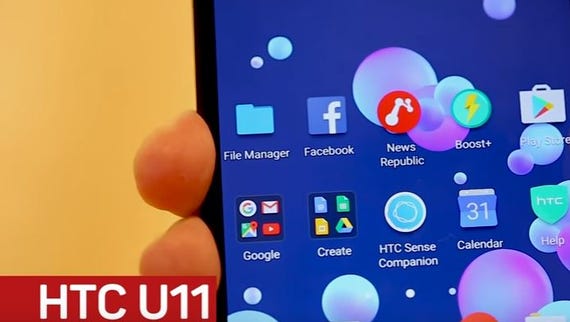 The HTC U11 was announced earlier this morning and we will soon be putting it through all of its paces. Based on the specs and preliminary hands-on articles, it is clear there are several compelling reasons to consider this new HTC flagship instead of a Google Pixel.

The HTC 10, see our full review, is an outstanding device that didn't get all the attention it deserved. HTC has been struggling after years of innovation and success, but the HTC U11 might be the start of a comeback for the Taiwanese smartphone maker.

Here are eight reasons to consider the HTC U11 instead of the Google Pixel XL.

It is also possible that the HTC U11 may best the Google Pixel when it comes to the camera, but I need to test this out myself before I am convinced. I would love for the performance in testing to live up to this rating in real life.

At first we thought the HTC U Ultra might be the 2017 flagship to challenge the Google Pixel, but it is now clear that was not the case. I'm still not sure why HTC released the U Ultra with the U11 following so shortly on its heels.

Stay tuned for some hands-on experiences with the HTC U11 in the next few weeks. Let us know if you have any questions about the device or specific features you want tested.

Join Discussion for: Eight ways the HTC U11 beats the Google Pixel