Lou Gerstner and Sam Palmisano. IBM in Watson's heyday used software to create a hardware giant. Simply put, IBM was the backbone of Corporate America. "IBM was the environment you worked in," said Ellison. Ellison said Oracle wants to do the same and be the dominant systems environment for enterprises, running airline, banking and telecommunications systems.

It's an interesting take worth watching as you put the Oracle-Sun deal into perspective. Ellison's riff on how Sun is a national treasure is a bit of a stretch, but you can see what Oracle's master plan is. 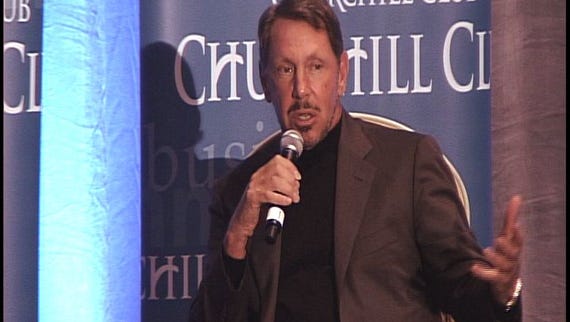