Full Bio
Posted in Between the Lines on November 5, 2013 | Topic: Legal

EMC has filed a lawsuit at the U.S. District Court in the District Court of Massachusetts against flash array maker Pure Storage, with the former accusing the latter of stealing trade secrets. 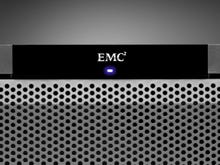 EMC: Why it's becoming all about the software How storage vendor EMC is building a business focused around software as margins on storage hardware decline.

Here's an excerpt from the complaint filed on Monday:

Through this scheme, dozens of former EMC employees have joined Pure Storage and stolen tens of thousands of pages of proprietary, highly confidential and competitively sensitive EMC materials -- including highly specific information about EMC's directly competing flash storage solution, EMC's strategy to implement and sell that solution, and targeted, detailed information about EMC's customers and their buying patterns.

EMC, based in Hopkinton, Mass., later proceeded to name all of its former employees that have jumped ship to Pure Storage in relation to this case. EMC's suit against Pure Storage as a company follows up smaller legal cases filed against at least six former EMC/now Pure Storage employees over the last six months.

While EMC's newly-minted lawsuit might speak for itself (for the time being), Pure Storage CEO Scott Dietzen retaliated against the data solutions giant in a blog post on Tuesday.

While that there is "no merit whatsoever to any of these complaints," Dietzen defended his employees, further remarking, "we don’t put non-compete clauses in our employee agreements."

To remove any doubt around our intent to be squeaky clean in building our team and our company, new hires at Pure that seek to join from a competitor are asked to review their existing employment agreements, and to confirm that they are no longer in possession of any IP from their prior employer (including IP in the cloud, mobile devices, or backup solutions that an employee could still have access to), and not to share any going forward or use at Pure.

EMC said in the suit that it notified Dietzen at least 27 times about the "ongoing obligations owed to EMC by its former employees.

To check out the entire 48-page legal filing, flip through the document below: