It has been a long time since I’ve used an encyclopaedia on optical disc. The internet has been my main source of information on anything and everything for what seems like a lifetime. But once upon a time I was an expert on such things, called upon by editors to do standalone and comparative reviews regularly.

So, it was with some interest that I grabbed a copy of Britannica 2010 Ultimate Edition DVD. 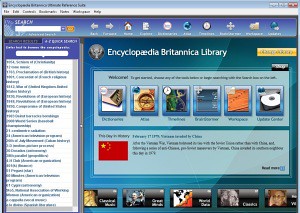 The Encyclopaedia Britannica Library for older students and adults 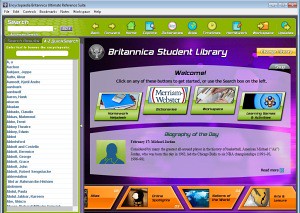 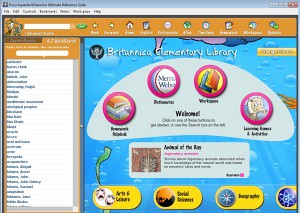 The stats on content are impressive: 105,974 articles, 2,696 maps, 721 sound clips, 7,383 indexed timeline entries, more than 200 online learning activities and games in the editions for younger people, and the list goes on.

I’m just not convinced that a product like this can really hold its head up high these days. The Internet is just so much better at doing the same job.

I can see that for younger users there is a certain attractiveness to the ‘walled garden’ approach that Britannica offers. And I can see that there is benefit in teaching kids about information gathering and synthesis when a finite world of information is being used as opposed to the whole Internet.

Also, I must confess that I enjoyed using the DVD. But my enjoyment was more about having access to the ‘classic’ material than the newer stuff such as the Heroes and Villains section, an addition for 2010 that has 600 biographies of goodies and baddies throughout history.

In the end the Internet does the job of providing access to information so much better. Yes, you have to sift the meaningful from the meaningless, the true from the untrue. But the Encyclopaedia Britannica is mediated too. After all, there are very few subjects where information is a matter of absolute, incontrovertible fact.