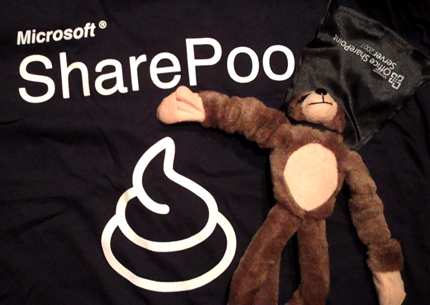 I'm in seat 14c on a Virgin America flight back from Boston to San Francisco after an exhilarating Enterprise 2.0 Conference. There's a lot of similarities between this airline and the Enterprise 2.0 movement. The plane has wifi and a good modern user experience but essentially hooks into and relies on a large amount of legacy infrastructure: the airport and runway I just took off from isn't changing anytime soon and serves a broad variety of other aircraft transporting people and materials.

The analogy is with core enterprise technology: Enterprise 2.0 is still considered in many quarters almost a fashion statement, just as Virgin America is thought of by some as a boutique airline.

There's some truth in those ideas. Enterprise software is the heavy duty infrastructure of most companies, with tight security, communication controls and many processes like an airport.

Departmental collaboration environments are like the aircraft - an important enabling component but not seen by most as the core. When Enterprise 2.0 expands to serve the entire company, as is the case with some of the larger installations and unification plans we saw at the conference, it aspires to be at the core of the enterprise.

There are players in the space who are already in the this position of course: IBM have a huge installed base of Lotus Notes and associated Domino databases, while Microsoft have their exchange email solutions and of course Sharepoint.

Microsoft chose to deploy flying screaming monkeys towards attendees at regular intervals from their booth - possibly a tongue in cheek recognition of their status as the wicked witch of the north (west) amongst the many innovative vendors and practitioners that surrounded them. Box.net was even giving out Sharepoint T shirts with a large picture of a turd on the front: these were very popular with the Enterprise 2.0 purists.

I was briefed by Christian Finn of Microsoft about Sharepoint plans in their 10th floor suite (after a 15 minute delay waiting outside in the hotel corridor talking about cats with a charming Microsoftie). Sharepoint plans are of course a closely guarded secret; exciting plans will be rolled out during October's Sharepoint conference.

From my perspective the Sharepoint 'shared drive' approach to structured data workflows is robust, but much of the current collaboration functionality resembles a big square of packing polystyrene occupying the space where the future features - presumably gleaned from the innovative vendors and their adopters - will fit.

It will be interesting to see what sort of job MSFT make of their seat licence cash cow approach: with Office 2010 revealed in July the covers of their walled garden will gradually be opened over the coming months.

Finn did tell me that Bing, which leverages the innovations of the semantic web technologies world to provide linked contextual answers, is a purely consumer play, while the FAST technologies are the enterprise search engine for the enterprise.

The next tier of vendors are all growing, much as car brands get bigger and add features over the years - it's a little like comparing a no-hubcaps-and-rubber-mat-carpet Toyota Corrola basic model from a few years ago with the current larger luxury models, since I was drawing transport analogies with airlines earlier.

Dashboards are increasingly in vogue this year, a sign of the increasing demand for metrics and measurement to pull together all the disparate user activity information and content for monitoring and budget justification.

The thirst for use cases by attendees at the conference was apparent. However as we found while talking to various end user teams inside large companies for the Open Enterprise 2009 award, the reality is that if a collaboration environment has become a core enterprise component it is therefore also part of that business's competitive advantage arsenal. The advantages of showing it off to the world are usually less than nil, with a larger downside, and of course the lawyers and their security police exist to prevent any sort of conference show and tell.

One anonymous friend did tell me a succinct use case story during the conference which for me trumps any dashboard in delivering metrics.

There was a massive performance gain which multiplied across thousands of staff and represented significant savings in time and money. Despite this Enterprise 2.0 budget was still a tough fight for the mashup even as one of the seven legacy enterprise apps had one and a half million dollars lavished on it for an extended user interface upgrade,

The reality is no one got fired for buying Microsoft or the other large players, but it's getting easier from anecdotal evidence to sell the more innovative collaboration products.

As Andy Fox, one of my 'building successful communities' panelists commented: 'you have to get email notification you've been given an account on a social network'...there's a constant chicken and egg relationship between the two.

There were some interesting new products debuted during the show and I have other commentary but I'll save that for a future post.