Full Bio
Posted in Between the Lines on June 4, 2020 | Topic: Collaboration 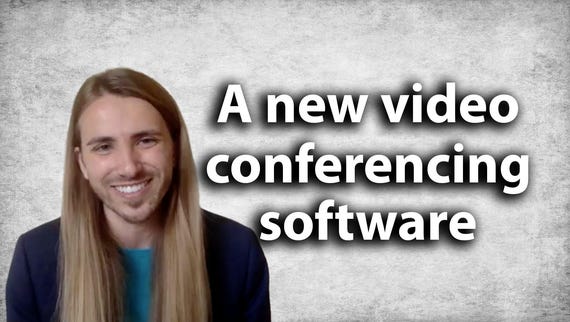 Meething aims to be more secure than existing video conferencing tools and run on a decentralized database engine and leverage peer-to-peer networking. Under the Mozilla sponsorship, Meething will compete in Mozilla's Fix the Internet Spring Lab.

The decentralized database powering Meething is GUN. The architecture behind Meething connects meeting parties without a middleman server in between. Meething was created in partnership with QXIP.

Meething's target is Zoom, which has had its share of security problems as the video conferencing platform became a household name during the COVID-19 pandemic and remote work. Meething is also making an ease-of-use case by including website integration over downloads and branded experiences. However, Zoom has seen exponential growth and posted strong first quarter earnings.

It's unclear whether Meething can gain traction, but the concept is notable and could be a browser staple with the backing of Mozilla. In any case, the video conferencing market is extremely competitive. Usage of Microsoft Teams surged as the software and cloud giant ramped up marketing and added new features. Google rushed to make Google Meet a common part of the G Suite experience. Verizon bought Blue Jeans for its enterprise unit. Facebook launched Workplace Rooms for B2B and Messenger Rooms for consumers in a bid to give video conferencing a social twist.

ERA CEO Mark Nadal said Meething also can highlight the perks of a decentralized web without data manipulation and server interference. QXIP, which specializes in open source and commercial voice technology development, is led by Lorenzo Mangani, who added that his company helped Meething scale and bring an alternative to the market.

Can Meething get traction? In the video interview above, Nadal outlined the following selling points.