Ethical and legal guardrails will help avoid an AV nightmare

Without the right policies autonomous vehicles, cities will have the same pollution and congestion problems that exist now.
Written by Veronica Combs, Senior Writer on Nov. 4, 2019 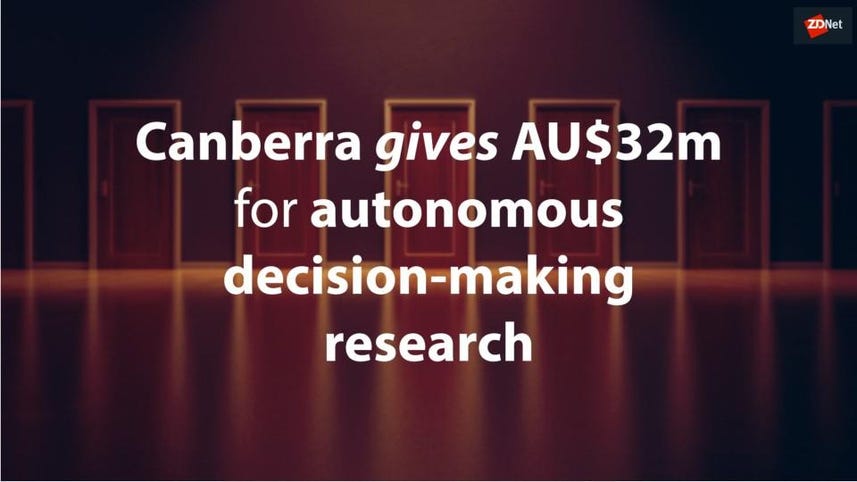 ZipCar founder Robin Chase predicted that autonomous vehicle technology could go either way -- toward a hellish or a heavenly state.

The hell version is privately owned, gas-powered autonomous cars circling the block endlessly to avoid paying parking fees or running single-destination errands all day. In the heavenly version, city and corporate leaders prioritize people over vehicles, where the top priority is sharing the roads and sidewalks with all modes of transport.

SEE: IT leader's guide to the future of autonomous vehicles (TechRepublic Premium)

Chase, head of the New Urban Mobility Alliance and the co-founder of Veniam, a network company that moves terabytes of data between vehicles and the cloud, has seen the future of mobility.

She also wrote the Shared Mobility Principles for Livable Cities along with leading city and transport organizations. Principle no.10 is the most radical: Autonomous vehicles should be operated only in shared fleets in dense urban areas.

Researchers at the University of Maryland's National Center for Smart Growth Research and Education agree with Chase. Professors modeled how the Washington-Baltimore region might grow, and considered residents' use of autonomous vehicles as a key force.

Self-driving vehicles, they found, would cause residents to take more trips, use transit less and live farther out.

Business and government leaders also have a chance to use autonomous vehicles (AV) projects to avoid the pollution and congestion of the past. Prioritizing the above-mentioned four ethical and social aspects will help accomplish that goal.

The regulatory environment is different state by state. The National Conference of State Legislatures has information on laws, legislation, and executive orders that affect AVs in all 50 states.

Below are some ethical and legal guardrails and use case examples that can help us avoid an AV hell.

Incentives should reward higher-occupancy trips and lower emissions mobility and include strategies to improve equity in transportation.

Further, any new transportation plan should require incentives to get people to make different choices. Recently, transportation experts from Uber, Lyft, Via, UC Davis, and the World Economic Forum wrote an open letter to mayors about road pricing. To reduce congestion and air pollution, cities around the world have started charging drivers a fee to drive in city centers during the day.

In London where the policy was implemented in 2003, traffic dropped by 15% and travel time went down by by 30%.

In Vancouver, carshare users can park for free for up to two hours at metered parking spaces. Evo, the carshare operator, will cover the cost of parking, adding an estimated $250,000 per month in parking costs.

Austin has a Smart Mobility Roadmap that sets out a plan to reduce the city's congested streets that includes plans for shared, electric, and autonomous vehicles. Even after addressing everything from land use to data monitoring, the Roadmap authors admit that success relies on changing human habits:

"Pairing electric motors with autonomous vehicles can bring these environmental, safety, and accessibility benefits together. The challenges lie in motivating consumer behavioral changes, when the financial and convenience aspects of shared, electric, and autonomous vehicles meet or exceed current technologies."

Owning a car is the ticket to earning money in America. Urban planning researchers found that people who own a car earn three times more money than people who don't. Just as the digital divide left many people behind, the same thing could happen with technology-powered mobility solutions.

As cities and corporations take advantage of new technology to improve mobility, leaders must make sure everyone benefits from new transportation options.

To make sure possible solutions don't leave anyone behind, corporate leaders should engage community members, especially in vulnerable populations, in the process of developing program.

Cost is another common barrier to access, so there should be affordable alternatives, such as free or discounted services. Finally, a portion of AV program revenues should go to improving transit service and bicycle and pedestrian networks, prioritizing routes in marginalized communities.

A California study found that pedestrian crashes happen four times more often in poor neighborhoods. The New York Times collected stories of walkers and bikeriders who have been hit by cars. Vision Zero is a campaign to reduce the number of traffic deaths to zero. The group has a roadmap for making that happen.

City and corporate policies should support all modes of transport, not design environments that benefit one mode over another. Cities will need a redesign to make space for autonomous cars. These changes should give equal priority to pedestrians and not favor autonomous vehicles at the expense of everyone else.

The most successful mobility projects are collaborations among multiple stakeholders.

With the BlueLA electric car sharing project in Los Angeles, the city and the private company share the risks and rewards of the project. What are some details about this project?

Business leaders should consult local stakeholders such as governments and transit authorities as well as users -- bikeriders, drivers, passengers -- when planning an autonomous vehicle project.