The European Commission's digital agenda chief has promised to break down the barriers between cellular firms across the 27 EU member states before she leaves office in just under two years.

EU Digital Agenda Commissioner Neelie Kroes told reporters in Brussels, according to a European publication, that the European Commission will soon bring forward proposals to knock down the virtual cellular walls between member states in order to create a single market for all mobile users. 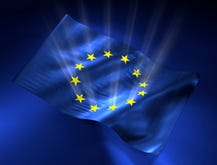 EU tells member states to open up spectrum for more 4G By mid-2014, the 27 European member states will have twice the amount of spectrum than the United States dedicated to high-speed wireless broadband, thanks to a mandate delivered by the European Commission today.

"A telecoms market without borders, without fragmentation, and that is the major priority for the rest of my mandate," Kroes said. She added that she has "no intention to retire" until she has "knocked down all the barriers to the single market."

In a nutshell, this would kill any inter-country roaming charges that currently bite customers' mobile bills. The executive body of Europe also wants to improve spectrum uptake for next-generation broadband services.

Kroes empathized with businesses that find roaming charges a "costly irritant," and warned that in the upcoming "Internet of things" trend, it will become even more difficult for machine-to-machine (M2M) to succeed.

With your European passport travel freely to any other European member state without security restrictions, thanks to the Schengen Agreement of unrestricted travel across the continent. But the same doesn't apply for your mobile or cell provider. Roaming charges still bitterly hurt many consumers and businesses alike, particularly those with branch offices around Europe.

According to the Commission at the time: "For a typical businessperson travelling in the EU this will mean savings of over €1,000 [$1,285] per year. A family taking an annual holiday in another EU country can expect to save at least €200 [$257]."

The hope is that EU-based firms can gain a competitive edge over their U.S.-based counterparts. Because while the U.S. has six major cellular firms to cover a population of 310 million, the EU has more than 100 cellular firms covering more than 500 citizens.