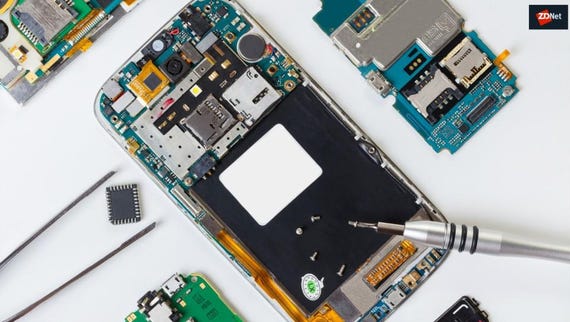 Your smartphone broke? This is the most repairable phone you can buy
Watch Now

The European Parliament has signaled a move toward 'right to repair' rules in order to improve consumer choice and confidence in tech products.

On Wednesday, members of the EU parliament voted to support consumers' "right to repair," with 395 in favor, 94 against, and 207 abstentions.

The vote backs wider aspirations of the EU Commission (EC) in increasing the durability and longevity of electronics in order to reduce levels of e-waste across the region.

See also: Macs can now be repaired by some independent shops, says Apple

In March, the EC laid out a number of proposals including the right to repair consumer products including PCs, smartphones, and tablets, as well as potential rules requiring devices to be designed with sustainability, energy efficiency, and recycling suitability in mind.

The measures were proposed as part of the EC's Circular Economy Action Plan (.PDF), a framework for creating "a regenerative growth model that gives back to the planet more than it takes, advance towards keeping its resource consumption within planetary boundaries, and strive to reduce its consumption footprint."

When it comes to the right to repair, the commission says that it is important to "empower consumers and provide them with cost-saving opportunities" in order to establish a more sustainable economy.

The Right to Repair movement is made up of a coalition of European organizations, including ECOS, EEB, and iFixit Europe, that campaign to "Make the right to repair as mainstream and inclusive as possible."

"This vote shows that right to repair measures are backed by opinion polls but also by the European Parliament," commented Chloe Mikolajczak, EU Right to Repair campaigner. "The European Commission now needs to take this momentum and move forward swiftly in 2021 on an EU-wide repairability score for all electronic devices and repairability rules for computers."

The vote has not passed any consumer 'right to repair' mandates into law as of yet. However, if the EU manages to keep to its schedule to implement more sustainable changes in the technology market by next year, the pandemic aside, this could be good news for consumers looking to repair, rather than buy new -- especially given the high purchase prices of premium products.

As the EU decides how far consumer rights should go when it comes to repairs, in August, Apple relaxed some of the rules surrounding the repair of its products outside of official stores.

The iPad and iPhone maker extended its independent repair provider (IRP) program to give independent stores access to the tools and resources necessary to not only repair iPhones, but also the Mac product line.