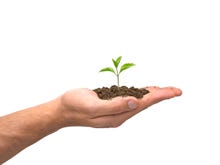 Boom 2.0: Internet startups spark 7 percent surge in VC spending Venture capitalists pumped $29.4 bn into almost 4,000 deals last year, an increase of 7 percent in dollars and 4 percent in deals. Internet companies led the charge with $7.1 bn in funding, the most since 2001.

Spanish telco Telefonica has announced the start of a two-year initiative to bolster tech entrepreneurship across the region of Andalucía.

Andalucía Open Future (Andalucía abierta al futuro), as the project is called, is a public-private partnership between the local council and Telefonica. The telecoms firm is putting €8.9m into the plan over the next couple of years, which will go into setting up centres of excellence where budding entrepreneurs can work together; helping startups expand internationally; and a grant for the region's universities to attract students to take technology degrees.

Another element of the project is a Wayra-style coworking establishment, where startups and technology entrepreneurs can learn from Telefonica experts and receive guidance on marketing and how to attract, and pitch to, investors.

Telefonica will also help initiate an online portal where companies from the region can contact other entrepreneurs around the globe, to help share information and guidance.

Susana Díaz, president of the Junta de Andalucía (the autonomous region's governing body), said the deal will help the region become "talented, hardworking and enterprising" in the field of developing new technologies. "Andalucía has the potential: human capital, universities, infrastructure, networks and programs for entrepreneurship," she added. "This agreement is an important investment to mitigating [the region's] unemployment."

Andalucía, in the south of Spain, was one of the regions worst hit by the economic crisis and Telefonica and the local government are hoping the project will help kickstart the local economy. Telefonica said it is taking inspiration from other areas of the world where technology companies have helped job creation and the local economy, such as Silicon Valley, Boston and Israel.

Díaz added that she hopes the region will become Europe’s answer to Silicon Valley. "Andalucía has to be a land of opportunity and confidence," she added, "and companies investing and doing business in Andalucía have an inescapable social commitment to the progress of our land and of our people."

Join Discussion for: €9m boost for Spain's hopes of creating a...