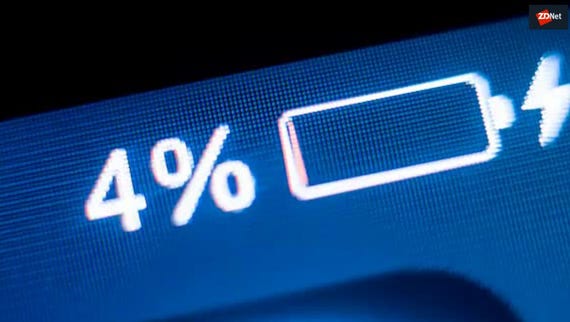 Charging your iPhone used to mean finding a cable (and hoping it wasn't frayed) and hooking it up to the nearest charger. But the iPhone 8, along with the upcoming iPhone X, brings with it new charging features.

Here's everything you need to know about charging the iPhone 8.

Must read : Here are the Apple products you shouldn't buy (and three that you can't buy anymore)

First off, the standard USB Lightning cable and charger is the same old fayre, and will charge the iPhone 8 no slower or faster than chargers that Apple has been shipping with new iPhones for years. It charges at the usual 4.85V/0.95A (give or take) and will take about 2 hours to charge the iPhone 8, and about 3.5 hours to fully charge your iPhone 8 Plus (about 15 minutes faster than the iPhone 7 and iPhone 7 Plus because the batteries are a little smaller).

But regular old charging is old-school for the iPhone 8, because built into this device are two new features.

Until then, you have to rely on third-party wireless charging pads, which, to be honest, aren't bad at all. I've tested a number of cheap fast charge wireless pads -- such as this $15 pad from RAVPower -- and found them to be acceptable.

All in all, wireless charging works, and it works well.

Then we come to the fast charge feature. And this is where things get interesting.

I've tested dozens of third-party cables, and none supported fast charging. I'm told by contacts within the industry that third-party cables are coming, but for now, you must have the Apple's special $25 cable.

You also need this cable if you own a new MacBook Pro and what to be able to fast charge your iPhone from it (although for basic data sync or regular charging, you can use a third-party cable).

As far as USB-C chargers go, you can either use an Apple USB-C charger (the cheapest being the 29W USB-C charger that retails for $50), or any Power Delivery compatible charger, such as the Anker Premium 5-port 60W USB charger.

You can also fast-charge from any power bank that supports Power Delivery, such as the Anker PowerCore+ 20100 USB-C powerbank.

Some observations about fast charging the iPhone 8:

Apart from the crazy cost of Apple's USB-C to Lightning cable, I think that fast charging is the best option for charging the iPhone 8, with wireless charging being good for an overnight charge or for charging the handset during the day.