Facebook AI is open sourcing M2M-100, a multilingual machine translation model (MMT) that can translate any pair of 100 languages without relying on English.

The MMT is thought to be more accurate because it doesn't have to use English as a go-between. Typically, models have been English-centric. So translating Chinese to French or Chinese to Spanish would require a translation into English before a final destination.

Facebook argues that direct translations between languages capture more meaning and outperform English-centric systems by 10 points on the BLEU metric.

M2M-100 is trained on 2,200 language directions. Facebook said it will also release the model, training and evaluation setup for M2M-100 for other researchers.

Facebook has been using machine translation across its network but building separate AI models for each language and task didn't sale. After all, Facebook runs 20 billion translations every day on Facebook News Feed.

Here's a summary of the M2M-100 dataset and model. 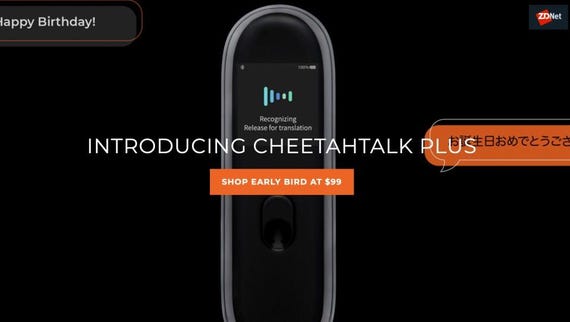