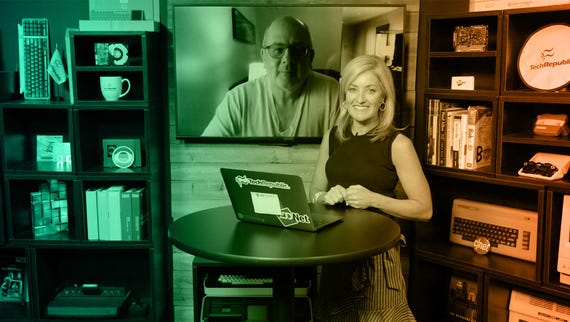 Facebook and Google showed the world's brands they didn't need to advertise.

These two startups came along and released their products without so much as an ad campaign or even a billboard.

Soon, these two brands were among the biggest and most admired -- by the myopic -- in the world.

Soon afterwards, though, Google realized it had to (pretend to) be more human. So it hired ad types to create ads that made humans feel positive things. 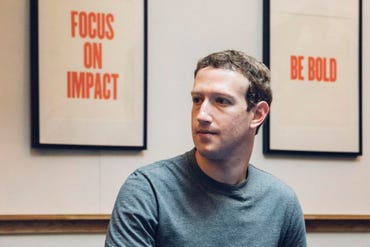 The Google brand began to enjoy affection far and wide. Until, that is, many began to realize just how much the company has compromised their privacy.

Facebook hasn't been quite so lucky. It's mired in more stinky matter than a dung beetle.

From Cambridge Analytica to, oh, just about every transparently mendacious utterance from seemingly every Facebook executive, the Facebook brand is teetering toward Enron territory.

Facebook CEO Mark Zuckerberg is nothing, though, if not obstinately obsessed with his own righteousness.

He thinks he can utter the words you want to hear -- in a way that you know he doesn't mean them -- in order to buy time, encrypt everything on all his company's platforms and maintain world power.

Oh, and then there's that new cryptocurrency you've been desperate for Facebook to release.

But how can Facebook manage this in-between period? Well, it seems that what it suddenly needs are ad agencies. Lots of them.

As The Drum reports, Facebook is hiring not one, but five ad agencies to sprinkle a warm glow around the brand while Zuckerberg does his worst. I'm sorry, I mean devious best.

You'll be wondering what all these five ad agencies will be doing -- other than trying to make as much money as they can, while they can, from a brand that has pulverized the ad agency business.

Well, there'll be one for the Facebook brand, one for the Messenger app, one for WhatsApp, one for Instagram and one, Accenture's Droga5, for the "corporate narrative."

This would be the corporate counter-narrative to the one espoused by, for example, marketing guru Scott Galloway who recently described Zuckerberg as "the most dangerous person in the world."

This would be the counter-narrative to the narrative espoused by Salesforce CEO Marc Benioff, who believes Facebook should be regulated like tobacco.

How might all these ad agencies try to dress up Facebook's disturbingly twisted being?

Well, all I can tell you for now is how these ad agencies are feeling. The president of one of the ad agencies, Ogilvy New York, is "humbled" to be working with a brand that tried to humble the ad business out of existence.

Another of the appointed agencies also offered elegiac words.

Andrew Robertson, president and chief executive of BBDO Worldwide -- which will look after WhatsApp -- offered: "We're thrilled to work with this team to help communicate the great value this product brings to people around the world."

Might this be the same WhatsApp of which its own co-founder Brian Acton observed: "At the end of the day, I sold my company. I sold my users' privacy to a larger benefit. I made a choice and a compromise. And I live with that every day"?

He lives in splendor, I'm sure. And this is something ad agency executives aspire to every day.

Will these five ad agencies manage to create a whole new aura around Facebook and its brands?

After all, he needs time for his lobbyists to (help) write the legislation that'll make everyone feel better about Facebook's new-found love of privacy and forget what Facebook really is.

Join Discussion for: Facebook has a new way to make you love it....