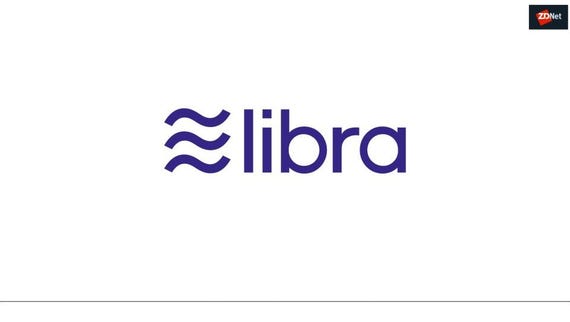 Facebook has announced Libra, a new cryptocurrency which will launch in 2020 and which will integrate with the firm's apps and services.

The social networking giant's interest in the cryptocurrency space and blockchain technologies has been rumored for months and was recently claimed that Facebook was on the verge of announcing its own virtual currency.

Only last week, reports suggested that the coin was in development with the backing of major financial institutions including Visa, Mastercard, and PayPal, as well as firms including Uber, Lyft, and eBay.

A number of these companies are now believed to have joined a consortium backing Facebook's foray into the cryptocurrency space, but one thing is certain: Libra is on its way to the social networking platform.

On Tuesday, Facebook revealed the "early stage" project in a blog post. One of Facebook's subsidiaries, Calibra, is managing the Libra network, which will include the blockchain infrastructure required to facilitate the exchange of the Libra cryptocurrency.

Calibra will introduce a digital wallet for Libra and the storage system will be integrated with Messenger and WhatsApp, as well as become available as a standalone iOS and Android app potentially for use with third-party vendors and e-commerce platforms.

Expected to debut in 2020, Libra seems to be Facebook's punt into the mobile payments space. The company says that the cryptocurrency will be tradable with "almost anyone with a smartphone," and will fit use cases such as paying bills, buying coffee, or using public transit.

These lofty goals will require partnerships with a wide variety of organizations willing to accept the cryptocurrency in lieu of traditional, fiat currency, and so developing the "early stage" project for mainstream use is likely to be an uphill battle.

However, there are cases in which Facebook's coin might be more widely accepted, such in areas where obtaining a bank account is difficult, or as an alternative to cash for growing small businesses in developing countries.

Facebook is keen to emphasize that the wallets used to store Libra will have "all the same verification and anti-fraud processes that banks and credit cards use, and we'll have automated systems that will proactively monitor activity to detect and prevent fraudulent behavior."

The social networking giant says that "Calibra customers' account information and financial data will not be used to improve ad targeting on the Facebook family of products" and only in "limited cases" will information be shared to "reflect our need to keep people safe, comply with the law and provide basic functionality to the people who use Calibra."

It's up to the potential future Calibra customers to decide whether or not they trust Facebook enough to enter their financial affairs. However, given Facebook's track record of privacy scandals and customer data mishandling, it is unsurprising that the firm wants to try and distance itself from data misuse when it comes to the Calibra project.

At first glance, it appears that Calibra is intended to be the backbone of a new financial ecosystem, rather than a challenger to cryptocurrencies already entrenched in the space, such as Bitcoin or Ethereum.

While Bitcoin has slowly gained acceptance with some retailers as a method of payment, the BTC market's volatility has made Bitcoin more of an investment punt and speculative investment rather than a standard method of paying for goods and services.

Libra is unlikely to touch the popularity of other major cryptocurrencies, but given the coin's backing by traditional financial organizations, it will be interesting to see whether Libra is adopted enthusiastically or dismissed by individuals already happy enough with current mobile payment systems and cryptocurrency offerings.