Opinion: In his Congressional testimony, Google's CEO answers questions like an engineer. It's not persuasive.
Written by Chris Matyszczyk, Contributing Writer on Dec. 11, 2018 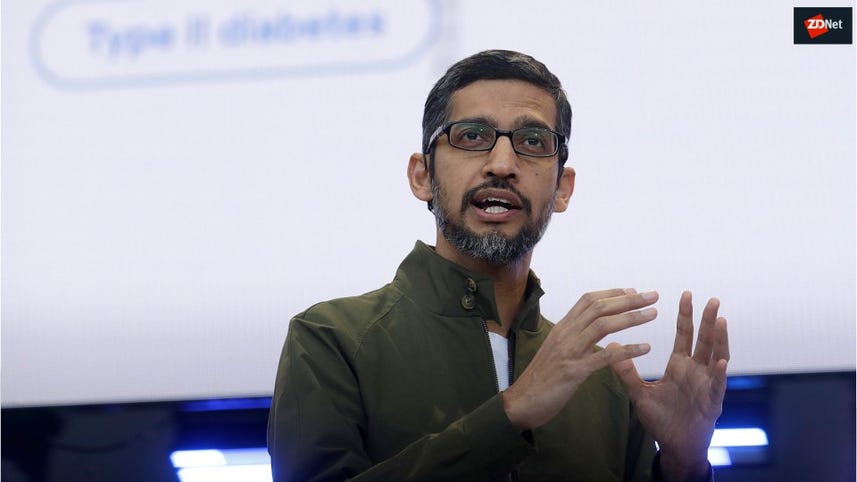 The question from Republican congressman Ted Poe was a simple one.

If he moved from his seat to go and sit with his Democrat friends, would Google know?

Also: Does Google's great new ad have a secret message for China?

After all, he's an engineer. He's dedicated to precision. So, his answer was this: "Not by default."

A technically accurate response, for sure. Painfully inadequate, too.

Poe had asked a question that Pichai knew could only incite a painful answer. So, Google's CEO continued: "There may be a Google service you've opted into."

Ah, yes. It's your fault, congressman, not Google's.

In this, Pichai was surely right, too. Ever since humans got hold of free services like Google and Facebook, they've shown little care about what they're giving up, preferring to bathe in the joy of free.

Also: Remove yourself from people search sites and erase your online presence

Try asking your friends this: How many services have you unknowingly opted into in, oh, the last decade? Could it be hundreds? Could it be thousands?

Yet the more Pichai twisted in his chair, the less you wanted to believe he really understood.

It wasn't merely his offering the risible idea that Google's mission was to protect people's privacy. For a long time, Google -- and it wasn't alone -- cared about people's privacy as much as a blaze cares about a firefighter.

It swallowed data whole, sold access to it, and assured its users it was worthy of their trust. This became harder and harder to swallow. As did some of Pichai's answers to Congress.

Sample: "For Google services, you have a choice of what information is collected, and we make it transparent."

This, again technically, is true. How many people, though, truly know what it all means? And how many have simply given up and assume that every one of their actions is being routinely monitored?

At various times, Pichai claimed that 160 million or even 170 million people had gone to their My Account settings in the last 28 days.

What, though, did they do?

"We give clear toggles, by category, where they can decide whether that information is collected, stored, or, more importantly, if they decide to stop using it, we work hard to make it possible for users to take their data with them," said Pichai.

160 million -- or even 170 million -- is a nice big number. It's dwarfed, though, by the numbers of people who use Google all over the world.

Moreover, how many of those 160 million -- or 170 million -- understood the toggles and made positive steps to tighten their security levels?

And how many went there, perhaps because of a prompt from Google, stared for a short while, befuddled, and moved on?

Some might have heard, for example, that even if you turn your location history off, Google likely carries on tracking you.

Why bother with all this security tightening, then? There is no security.

Pichai was in an impossible position before Congress. Perhaps that's why he'd avoided answering its questions for quite a while.

Google's founders, Sergey Brin and Larry Page, stepped away with perfect timing, leaving their Google successor to admit that the company could "do better" with its privacy controls.

From this will devolve years of crafting regulations, while Google and so many others continue to track your every move and sell the details to the highest bidder.

Yet somewhere, for all their whining, humans still think they got a good deal.

Google CEO Sundar Pichai: 'Our mission is to protect your privacy'