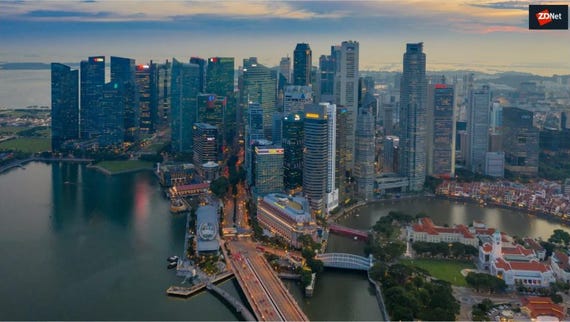 Facebook has removed a network of Russian-run accounts which it says were attempting to interfere in politics in Madagascar, Central African Republic, Mozambique, Democratic Republic of the Congo, Côte d'Ivoire, Cameroon, Sudan and Libya.

The three networks of Facebook and Instagram accounts targeting African users were engaging in what the social network has described as coordinated "inauthentic" behaviour. "Each of these operations created networks of accounts to mislead others about who they were and what they were doing," Facebook said.

Facebook said it had connected these campaigns to entities associated with Russian financier Yevgeny Prigozhin, a Russian businessman who the US Department of Justice has previously indicted for suspected involvement in founding and financing the Internet Research Agency – the troll farm accused of meddling in elections around the world, including the US.

Subjects the accounts posted about include elections in Madagascar and Mozambique, criticism of US and French foreign policies, as well global and local political news. The accounts also spent $77,000 in advertising to help promote posts with the first advert running in April 2018 and the most recent running in October this year.

Another campaign focused entirely on Sudan and has removed 17 accounts, 18 pages, three groups and six Instagram accounts running it that originated in Russia.

This campaign used a combination of fake accounts, compromised accounts and local users to to comment, post and manage pages posing as news publications.

About 457,000 users followed these accounts, which posted about local news in Sudan as well as global news, especially about Russia.

Facebook has also removed a Russian-run network of 14 Facebook accounts, 12 pages, one group and one Instagram account which focused on Libya. Around 212,000 accounts followed at least one of these pages and the Libya campaign spent about $10,000 in advertising and first started posting adverts in May 2014.

"We're constantly working to detect and stop this type of activity because we don't want our services to be used to manipulate people," said Nathaniel Gleicher, head of cybersecurity policy at Facebook.

"We're taking down these pages, groups and accounts based on their behavior, not the content they posted," he said. "We are making progress rooting out this abuse, but as we've said before, it's an ongoing challenge."

Facebook has shared its findings with law enforcement, policymakers and industry partners.