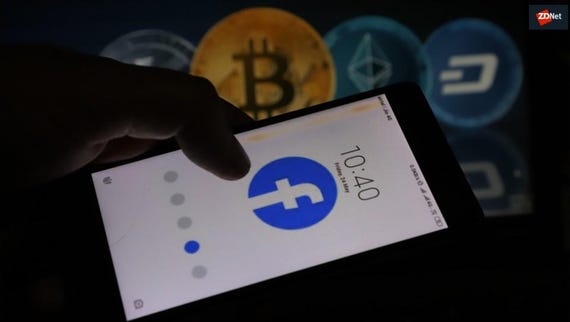 Facebook is planning to launch its own form of cryptocurrency, "GlobalCoin," by the first quarter of 2020.

As reported by the BBC, roughly a dozen countries are on the books in the first phase of the rollout, in which users will be able to use the cryptocurrency as a form of digital payment.

GlobalCoin will be tested on the firm's blockchain by the end of the year, and in order to make sure Facebook's plans are not scuppered by financial legalities or regulatory issues, the social network has been in talks with the Bank of England and US Treasury.

The publication says that Facebook has also initiated discussions with money transfer services, including Western Union, to seek out ways to facilitate the exchange of funds without the need for a bank account.

In May this year, news concerning a new financial services company set up by Facebook, located in Switzerland, became public.

The firm, Libra Networks, counts Facebook Global Holdings as its stakeholder and has been set up to provide financial technology services, hardware and software development, data analytics, blockchain development, and the creation of other, related technologies.

The mention of blockchain technologies on Libra Networks' registration documents, filed with the Swiss register, are of particular interest.

It is possible that Facebook's new Libra arm will be the central hub for the social network's new cryptocurrency, and should the cryptocurrency prove popular -- unlike Messenger payments in the UK and France -- the potential stablecoin would give Facebook even more information about its users.

As cryptocurrency transactions are recorded on distributed ledgers made possible through blockchain technologies, trading conducted through GlobalCoin can be tracked and traced back to participants.

This information may provide Facebook with another revenue opportunity in targeted advertising by honing in on its users' shopping habits and transaction data.

Adoption, however, may be problematic. Cryptocurrencies -- with the exception of Bitcoin -- are not widely accepted by retailers in lieu of traditional, fiat currency, and so encouraging acceptance of GlobalCoin will likely be a slow process.

To tackle this challenge before launch, Facebook is also reportedly thrashing out a plan with brokers and banks to permit users to change fiat currency into the coin, as well as speaking to merchants willing to accept GlobalCoin in return for lower transaction fees.

Given Facebook's privacy and security record in recent years, regulators are already asking questions as to how the company proposes to keep its user data safe and secure from exploitation.

The US Senate and Banking committee have already publicly brought such concerns to the table, sending an open letter (.PDF) to Facebook CEO Mark Zuckerberg earlier this month which has asked numerous questions relating to Facebook's financial knowledge, position on creditworthiness, consumer and privacy protection, and the sale of consumer data.

"It is important to understand how large social platforms make data available that can be used in ways that have big implications for consumers' financial lives, including to market or make decisions on financial products or services that impact a consumers' access to or cost of credit and insurance products, or in ways which impact their employment prospects," the letter reads. "It is also important to understand how large social platforms use financial data to profile and target consumers."

In related news, servers belonging to a cryptocurrency mixing service were seized and the Bestmixer service closed down by EU police this week due to allegations of money laundering. Bestmixer is accused of laundering at least $200 million in dirty cryptocurrency over the course of a single year.