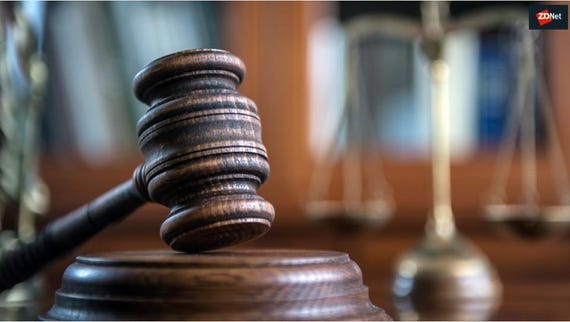 Bestmixer.io has been seized and shut down by European police for reportedly laundering over $200 million in cryptocurrency.

On Wednesday, Europol, the Dutch Fiscal Information and Investigation Service (FIOD), and Luxembourg authorities said six servers used to facilitate the service were seized in the Netherlands and Luxembourg.

Bestmixer launched in May 2018. Only a month later, police began investigating the mixing service and found that over the course of one year, the "world's leading cryptocurrency mixing service" had managed to launder at least $200 million in cryptocurrency on behalf of customers.

The cryptocurrency processed through Bestmixer was considered potentially "tainted" -- in other words, connected to illegal activities and theft.

The service was able to mix Bitcoin (BTC), Bitcoin Cash (BCH) and Litecoin (LTC). By "mixing" these tainted coins with others, it is possible to clean up funds and eradicate ties to criminal activities written in the blockchain ledger in a process also known as "washing."

Cybersecurity firm McAfee assisted law enforcement in the Bestmixer investigation. In a blog post on Wednesday, John Fokker, Head of Cybersecurity Investigations at McAfee said mixing often involves slices up cryptocurrency into hundreds of small transactions which become lost in transactions from other sources.

A commission is then taken from the original sum before the funds are diverted to another output address, free of ledger entries which may criminalize the owners.

"Mixing Bitcoins that are obtained legally is not a crime but, other than the mathematical exercise, there no real benefit to it," Fokker said. "The legality changes when a mixing service advertises itself as a success[ful] method to avoid various anti-money laundering policies via anonymity. This is actively offering a money laundering service."

This is exactly what Bestmixer offered. The service appeared on cryptocurrency-related forums over the past year and on its website explained to potential customers how mixing their cryptocurrency enabled them to circumvent anti-money-laundering policies.

"The investigation so far into this case has shown that many of the mixed cryptocurrencies on Bestmixer.io had a criminal origin or destination," Europol says. "In these cases, the mixer was probably used to conceal and launder criminal flows of money."

IP addresses, transaction details, Bitcoin wallet addresses and chat message logs have all been secured from the seized servers. The FIOD and Europol intend to analyze this data further and potentially share their findings with other countries.

Earlier in May, Europol, together with law enforcement agencies from Germany, France, the Netherlands, and the US seized servers used by the Wall Street Market, a Dark web trading post which specialized in the illegal sale of drugs, weaponry, and hacking tools, alongside stolen information.

Join Discussion for: Bestmixer seized by police for washing $200...