Full Bio
Posted in Between the Lines on March 1, 2021 | Topic: Social Enterprise 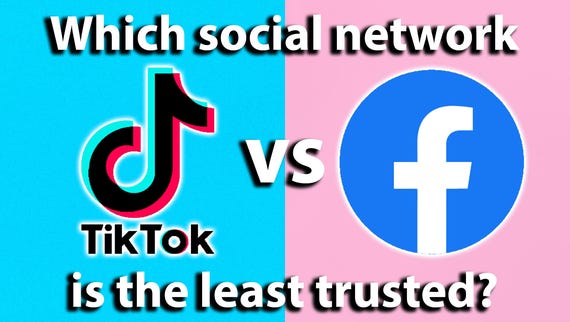 TikTok vs Facebook: Which social network is the least trusted?
Watch Now

Forty percent of Americans don't trust Facebook and TikTok and Google appears to be winning the trust wars, according to a survey from SeoClarity.

The findings are notable due to how tech companies are stacking up on trust. Google tops Amazon, Microsoft and Apple on the trustworthy scores. Meanwhile, Facebook and TikTok were the most distrusted.

SeoClarity's survey could have been titled In "Google We Trust." Consider:

SeoClarity also found that half of Americans think that Websites can control where they land in Google searches. Speaking for publishers everywhere I have two words: We wish.

Other key items include: