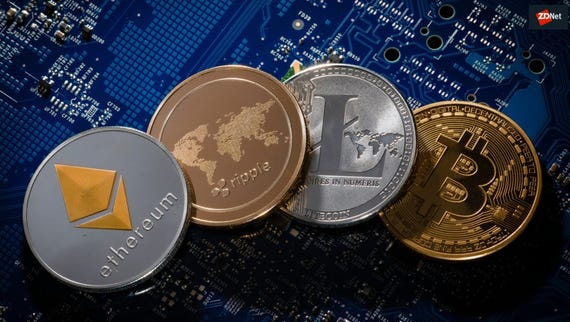 Facebook is cracking down on advertisements of financial products that are often used to scam users, and that means initial coin offerings (ICOs), cryptocurrencies, and binary options are in the social network's crosshairs.

"We want people to continue to discover and learn about new products and services through Facebook ads without fear of scams or deception," Facebook product management director Rob Leathern said in a blog post.

Leathern said there is a high number of companies in the space not operating in good faith, and that Facebook is introducing the ban to make it harder for scams to succeed on its platform.

"This policy is intentionally broad while we work to better detect deceptive and misleading advertising practices, and enforcement will begin to ramp up across our platforms including Facebook, Audience Network, and Instagram," Leathern said. "We will revisit this policy and how we enforce it as our signals improve."

Scammers and tricksters have been attracted to cryptocurrencies with its lack of regulation and increased sense of anonymity.

A recent report from Ernst & Young said over 10 percent of all funds exchanged during initial coin offerings are finding their way into the hands of criminals. This works out to roughly $400 million in cryptocurrency from $3.7 billion in funding between 2015 and 2017.

Earlier this week, Tokyo-based cryptocurrency exchange Coincheck had the equivalent of $530 million of XEM coins stolen. Coincheck said at the time that it would return around 90 percent of the stolen coins with internal funds.

Reuters reported that the Singapore-based NEM Foundation, which created XEM, had traced the stolen coins being moved onto six exchanges, and said the foundation had reached out to alert them.

In December, bitcoin mining platform and exchange NiceHash was hit, with 4,736.42 in bitcoin disappearing in the attack. At the time, the bitcoin was worth around $68 million, but the price of the cryptocurrency has dropped since.

After mulling over whether it would shut down all cryptocurrency exchanges, South Korea announced last week it would only allow authenticated bank accounts for virtual currency trading.

Other countries have progressively imposed know your customer and anti-money laundering requirements on digital currencies.

"The threat of serious financial crime is constantly evolving, as new technologies emerge and criminals seek to nefariously exploit them," Australian Minister for Justice Michael Keenan said when introducing the requirements in August. "These measures ensure there is nowhere for criminals to hide."

As Facebook looks to tone down the amount of fake news it surfaces in its News Feed, the company has said it will increasingly promote news from local sources.

"When I traveled around the country last year, one theme people kept telling me is how much we all have in common if we can get past some of the most divisive national issues," Facebook CEO Mark Zuckerberg wrote. "Many people told me they thought that if we could turn down the temperature on the more divisive issues and instead focus on concrete local issues, then we'd all make more progress together."

The botnet's creator is quietly cashing in on the craze for cryptocurrency.