A SpaceX rocket exploded at its launchpad in Cape Canaveral, Fla., on Thursday while testing its engines before the rocket was set to launch Saturday.

Strapped to the rocket was Facebook's Internet.org satellite that aimed to bring internet access to rural areas.

"SpaceX can conform that in preparation for today's standard pre-launch static fire test, there was an anomaly on the pad resulting in the loss of the vehicle and its payload. Per standard procedure, the pad was clear and there were no injuries," said SpaceX in a statement. 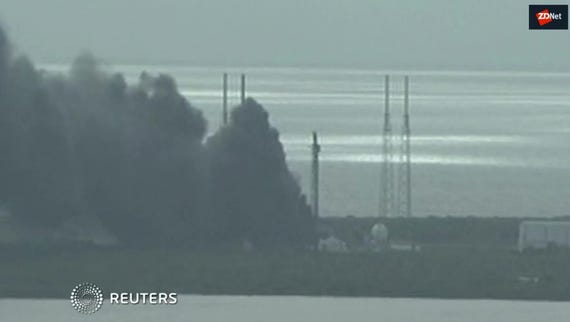 We have reached out to Facebook, which hasn't provided a comment on the loss of the AMOS-6 satellite. Facebook partnered with France-based Eutelsat to lease space on the $95 million project over the next five years.

The AMOS-6 was set to beam satellite to cover large parts of Western, Eastern, and Southern Africa.