At F8, Facebook debuts some of the intimate yet robust sharing experiences that will put Messenger at the center of Facebook's more privacy-focused future.
Written by Stephanie Condon, Senior Writer on April 30, 2019 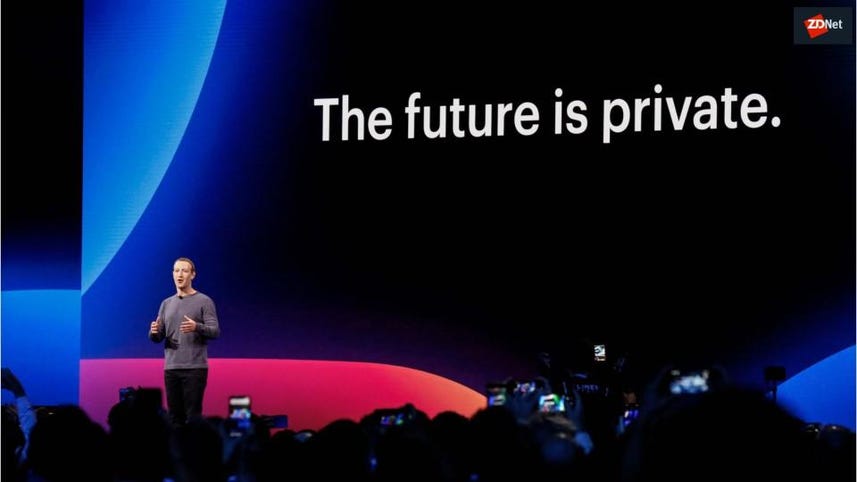 Facebook's recently-announced plan to overhaul its messaging services with a focus on privacy will be a years-long endeavor. At the F8 conference in San Jose, California, the social media monolith laid the groundwork for that journey, introducing a series of new Messenger features. The new features will make Messenger a more robust social platform but one that promotes more intimate connections than those found on Facebook or Instagram.

"The future is private," Zuckerberg declared in his keynote address at F8, Facebook's annual conference in San Jose, California on Tuesday. "I get that a lot of people aren't sure we're serious about this. We don't have the strongest reputation on privacy right now, to put it lightly. But I'm committed to doing this well and starting a new chapter for our product."

To create that "digital living room" experience, Facebook is creating a dedicated space within the Messenger app where users can find content from the friends and family they message the most. It will include content from the Stories feature, as well as images and videos that users share with each other. This product is in early stages of development, Facebook said.

Facebook is also launching a new real-time video sharing capability in Messenger. Users will be able to share a video from the Facebook app and invite others to watch the video together in real time, while messaging or on a video chat. Facebook said it will roll the feature out globally later this year.

Facebook is also taking steps to make Messenger more accessible. That in part means making the messaging app lighter and faster. Later this year, Facebook will roll out a new version of the app, rebuilt with an entirely new code base, that's less than 30 MB -- making it 70 MB lighter than the current version. It should take less than two seconds to launch the app.

Additionally, the company is launching a desktop version of the app, available for both Windows and MacOS. The desktop app is in testing now and will roll out globally later this year.

Facebook launched Secret Conversations for Messenger a couple years ago, so users can already have encrypted and ephemeral conversations if they want to. Zuckerberg said Facebook is now working on making end-to-end encryption and reduced permanence the default across all conversations. He called it an "important step for privacy around the world."

The Messenger overhaul is a major project for a service that's already ubiquitous. It's the second-most popular iOS of all time, behind only Facebook's flagship app. More than 1.3 billion people use Messenger each month, Facebook said Tuesday, and users share 17 billion photos a each month.

Facebook has also seen business-customer interactions grow on Messenger and is fostering that activity with a series of new business tools on the platform.

Google
Sleep better in any position with this self-cooling pillow