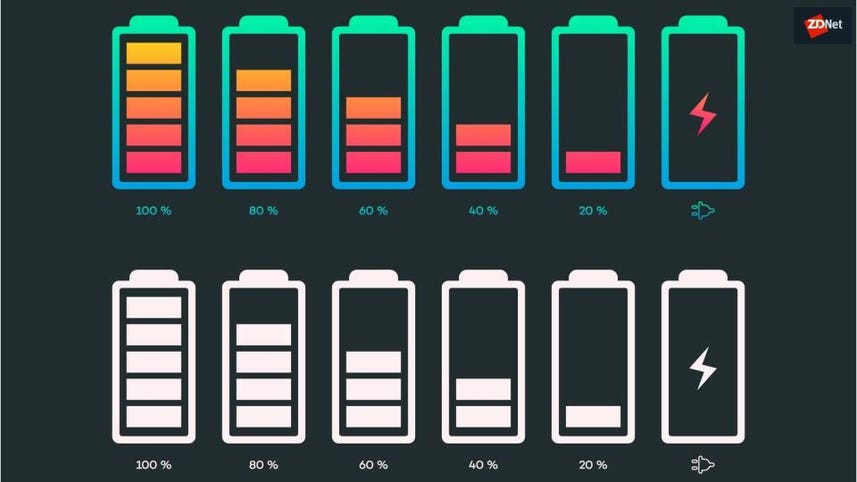 The new Reno Ace flagship is scheduled to be launched on October 10 and will feature Oppo's 65W SuperVOOC Fast Charge 2.0, the successor to its already super-fast 50W SuperVOOC technology.

Brian Shen, president of Oppo's global marketing, has posted a demo of the phone's charging capabilities showing a device with a 4,000mAh battery can charge from flat to full in just 30 minutes. The company announced the 65W SuperVOOC Fast Charge 2.0 at an event dedicated to charging technologies in Shenzhen yesterday.

ZDNet's review of the Oppo RX17 Pro found that Oppo's 50W SuperVOOC charging tech could fully charge the device within 35 minutes and delivered a 73% charge in 20 minutes. The phone featured dual 1,850mAh batteries, creating a total of 3,700mAh. However, fast charging requires the SuperVOOC charging brick and cable.

Xiaomi has also been showing off its Super Charge Turbo on social media, claiming it can charge a 4,000mAh batter in just 17 minutes using its 100W technology. That technology will reportedly come to its RedMi phones first.

And Xiaomi last month unveiled the Mi Charge Turbo, a 30W wireless charging system that can charge a 4,000mAh battery to 50% in 25 minutes and 100% in 70 minutes, XDA-Developers reported earlier this month. It will debut in the Xiaomi Mi 9 Pro 5G which could be released later this month.

Not to be left behind, Oppo yesterday unveiled its 30W wireless VOOC charging system, claiming a phone with a 4,000mAh battery can reach a full charge within 80 minutes. It's also compatible with the Qi standard and charging power of 5W or 10W.

Finally, Oppo upgrade VOOC Flash Charge to Version 4.0, dubbing it "the next generation Flash Charge solution for all". It will allow a 4,000mAh battery to be charged to 67% in 30 minutes and full in 73 minutes.